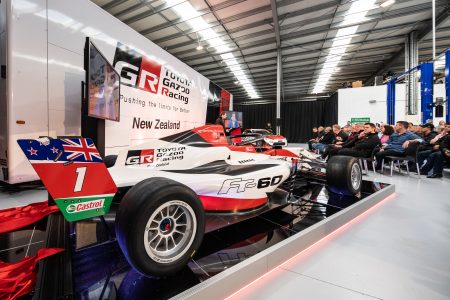 Drivers aiming to qualify for a Formula One Super Licence can now count Super Licence points from a European winter championship as well as a summer championship – as long as they do not overlap – when adding up their points over a 12 month period. This will put an additional focus on the importance of a Southern Hemisphere series like the New Zealand-based Castrol Toyota Racing Series (TRS).

The WMSC statement following its regular council meeting on Friday said: “The results from a maximum of two championships can be accumulated from a single calendar year, provided that the start of the second championship falls after the end date of the first championship during the year in question.”

The timing of the TRS championship is already attractive to drivers. It represents a great opportunity for sharpening skills in a competitive series ahead of northern hemisphere-based series’. The championship is also regarded as exceptional value for money in terms of track time for international standard drivers in the world today.

With seven points on offer to the winner of the championship, international drivers racing for points towards their Super Licence could now be even more interested in heading to New Zealand for the championship.

“We are already attractive to those drivers, and evidence of that is 15 of our graduates have taken part in Formula One Grand Prix weekends. This news will put us in the sights of even more up and coming single seater drivers.”

With the five weekends of the annual Castrol Toyota Racing Series taking place generally from mid-January to mid-February, it sits perfectly in motorsport’s global ‘winter series’ window. The launch of a new car, the FT-60, has also aligned the series further with what the FIA want junior single seater formulae to look like moving forward, in terms of safety and performance.

MotorSport New Zealand President Wayne Christie – who has pushed the case for stand-alone winter series’ like TRS to be an additional option in the same calendar year for drivers – was delighted with the news, commenting:

“The Castrol Toyota Racing Series has built a strong European reputation over its past 15 years. With the FIA now granting drivers the ability to accumulate Super Licence points from two different championships within a calendar year, it now makes the TRS championship an even more desirable step on the ladder for the world’s finest young driver talent.

“This is something that has been a work in progress for a number of months and should mean we see even more Formula One hopefuls on the grid in January next year.”

The WMSC has responsibility for all aspects of international motorsport and meets at least four times a year where it discusses and decides upon the rules, regulations, safety and development of the motorsport industry from its most basic roots of karting right up to Formula One.