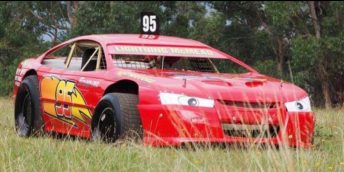 Nyora Raceway will close out its actioned packed season this Sunday when the annual Bob Hickson Memorial for Open Sedans pits a variety of cars in the same races against each other for fifty laps with the popular Crash and Bash division also sharing the top billing, National Junior Sedans complete the program in what should be a great days action.

Competitors in the fifty lap Bob Hickson Memorial come from a variety of divisions with a mix of body type and engine sizes, the fans love to watch the powerful V8 purpose built Chassis cars mix it up with the former road going Sedans and the lead driver on current form in the field is Nar Nar Goon based racer Brad Warren fresh off a second placing in the Alexandra 100 Lap Derby two weeks ago.

The Crash and Bash action should as always be spectacular, Brad Warren will do double duty at the race meeting stepping in and out of his Open Sedan to compete in the Crash and Bash car, who can forget when earlier this season he started last in the final and finished second as he raised money for charity donated by enthusiastic crowd members.

Rob Bushell, Grant Attewell, Dale Morrison, Andrew Miles, Jason Judd and James Kane are just some of the competitors in the nominations that will thrill the crowd. Kane last time at Nyora rolled his car upside giving the crowd something to holla for, whilst Morrison almost always never finishes with a car in one piece as he trashes everything in front of him because as he says, that’s what the crowd pays to see.

In the National Juniors, local competitors Ally Morrison, Jack Ramsdale, Natalie O’Donnell and Zoe Young all Nyora members will be trying to hold off Tim Gorski who just become the fastest Junior at Alexandra most recently and Ricky Cornwall who has had a great season right across Victoria chasing racing.