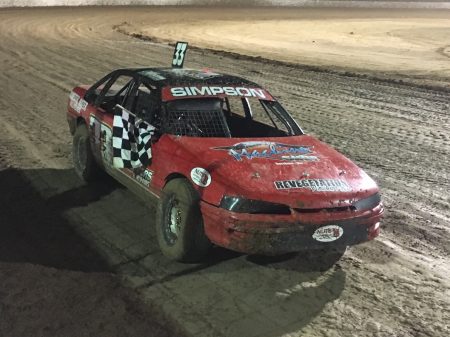 After the hugely successful Australian Title held at the raceway last season the club was pleased to be offered the chance to hold the title at the last minute after issues with another Victorian facility and in a very short time had secured sponsorship to hold the event.

With nominations in excess of 30 competitors coming from across Australia to compete for this prestigious title including current Victoria 1 Aiden Raymont coming down from Queensland to try to hold onto his crown. After a long and busy season the ‘mods’ have put in a ton of laps at tracks across the country and it has taken a toll on some of the cars but all the teams are working overtime to be ready.

With Raymont wanting to hold onto his title and any number of challengers aiming to bring the title back to its home. With issues at the last round of the VMPA series the cars of Daniel Simpson, Matt Gerlach and the super fast little LJ Torana of Graham West have had a lot of shed time to iron out the wrinkles from various bumps and bangs but have all got their eyes on the target. Not to be outdone the cars of Micheal Hayden, Aaron Bunton and Kye Walters, are not to be ignored.

With the absence of the winner of the final round and the Di Watson Memorial at Premier Speedway, David Smith, due to family commitments the field will again be wide open. The controversy of the final being shortened by nine laps still leaving questions among the drivers that will be settled at the drop of the checkered flag at Blue Ribbon Raceway.

Following on from the success of the Australian Title last season Horsham Motorsports Club has put a lot of effort into finding sponsors for the event and the business community has come to the party with the event being predominantly fully sponsored and with the support of the speedway community it will be a huge night of racing.

Also on the program will be the Victorian Mini Sprints and Production Sedans. The mini sprints are virtually smaller versions of the popular Sprintcars but powered by motorbike engines and with their size and low weights they can get around the race track as quick as any of the other classes.

The Production Sedan competitors have had a long season showcasing the best drivers in the class with seasoned drivers and rookies running bumper to bumper with basically stock and equal cars depending on skill and nerve and will, as usual, put on a spirited display for the local fans on what will be a big night of racing for all classes.

Champion: Vic 1 Aiden Raymont will be making the long trip down from Queensland in an attempt to retain the #1