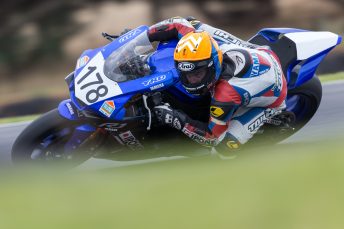 MEDIA RELEASE: It was a grey start to the morning with the clouds covering Phillip Island Grand Prix Circuit for the commencement of the 2017 Australian Superbike Championship Official Test Day today, but there was plenty of excitement buzzing.

In between the drizzles of rain and the cool conditions out on track, it was Blair Builds Michael Blair who made use of his track time before round one in only a few short weeks, posting the final fastest time overall for the day.

It was no surprise to see limited laps turned with the weather looking bleak to start the day for the first Superbike session. The times only just reached down in to the 1 minute and 40 seconds’ bracket by Beau Beaton’s Ducati Panigale.

By the second session of the day it was declared a wet track, with competitors taking their time heading out on to the wet Phillip Island surface. Despite the competition out on track young 20-year-old John Hunt was the fastest man surfacing with the quickest time of 1:46.606 towards the end of the Superbike session.

Things were looking better in the third Superbike practice just after the lunch break, a dry line had formed and within the first 10 minutes the times had already dropped in to the 1 minute 37’s. It seemed to be Yamaha domination this afternoon with three R1’s setting the top three fastest times led by Caterpillar Jon Daniels Racing’s Daniel Falzon (1:34.920).

With a whopping 27 Superbike machines, out on track for testing a clear track was far and few between. Regulars to the top ten being Crankt Protein Honda Racing Team’s Brian Starring, Yamaha mounted Michael Blair, and Kawasaki’s BC Performance’s Robbie Bugden in the mix, plus more.

The final session of the day was extended to 35 minutes, providing competitors ample opportunity to get the last creases ironed out before round one. Helmets tucked behind their screens down the front straight, there was slacking rider in the final session.

Yamaha Racing Teams Allerton looked as though he had the fastest time for the day secured with five minutes remaining on the clock, however just before the session stopped short from a red flag, consistent rider today, Blair, stole the show with a total and final time of 1 minute 33.197 seconds.

The final session top ten leaving behind the making of a good battle at round one, as already the top ten bikes were only one second apart. 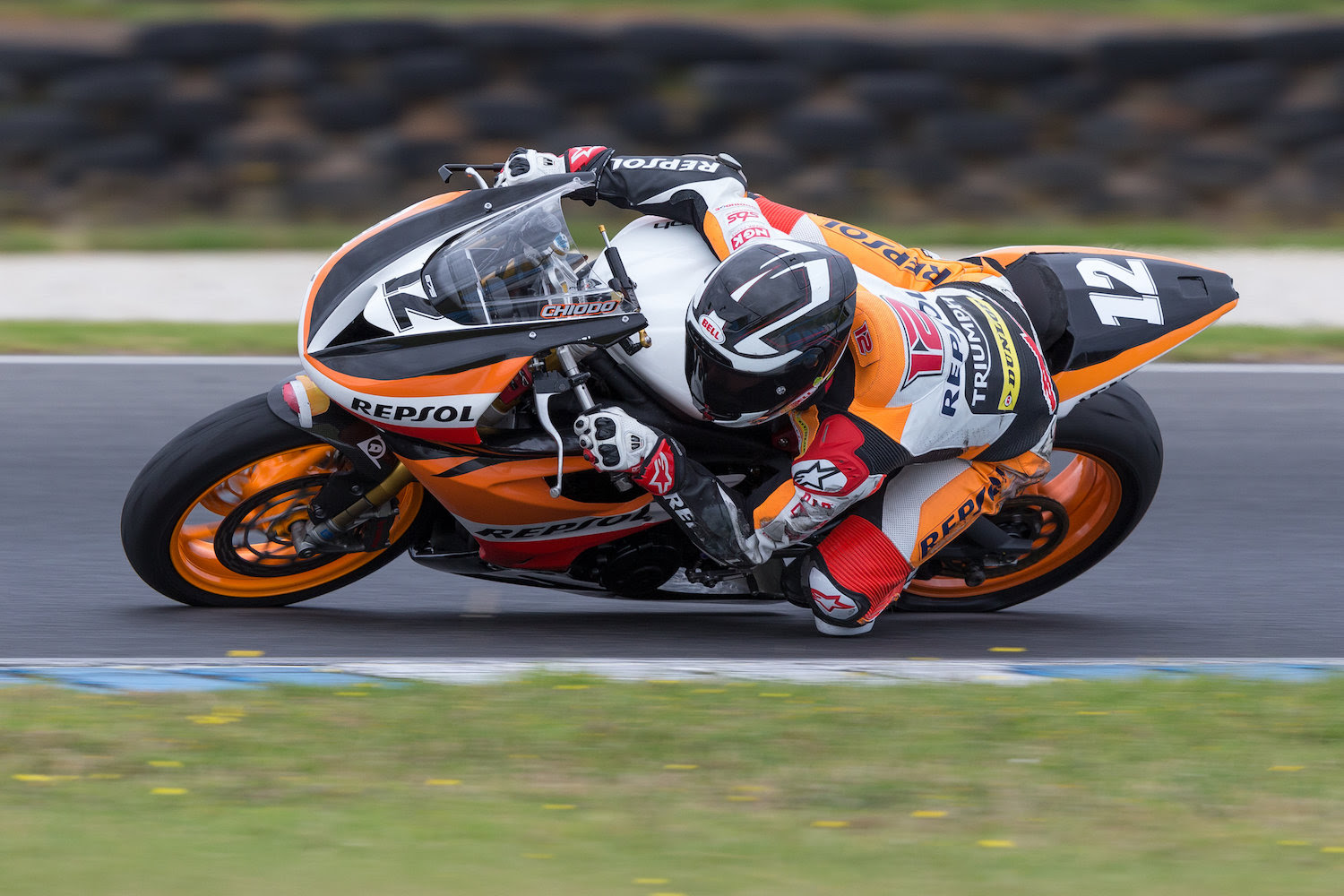 Light rain littered the first session of the morning for the Supersport competitors, with only 13 riders braving the anticlimax weather conditions, however in the second session the drying track sprouted 6 new riders.

By the middle of the day the fastest lap produced in the Supersport 600 class was a 1:50.083, by Sam Muldoon, with still two session left for the remainder of the day.

A dry track put anticipation back in to the air of the Supersport competitors, and it was time to get down to business and make use of the limited time they had left of the ASBK Official Test Day. Making his first appearance out on track for the day Triumph mounted Mark Chiodo finished with the fastest session time of 1 minute 37.320 seconds.

Chiodo went from strength to strength in the final Supersport session of the day, finishing with a total overall fastest Supersport time of 1:35.947.

As the first bikes, out on track this morning, the Supersport 300, YMF R3 Cup and Moto 3/125GP competitors were treated to a dry, 25-degree track temperature. Broc Pearson finished the first session fastest with a final time of 1:54.376.

A wet track for the second session mixed up things for these competitors, now with Reid Battye out in front however not matching Pearson previous time, finishing the session with a 2:01.494.

After a momentary red flag in their third session, it was back in to gear for these competitors with plenty of new faces sprouting. In 2016 we saw some of the most epic battles in the stacked class, and this year is shaping up to be much the same.

Hot 2016 Moto 3 competitor Locky Taylor debuted his Supersport 300 today, feeling his way around the machine producing some promising times throughout the day. However, the man of the moment for the Supersport 300 competitors was Broc Pearson who couldn’t better this morning times of 1:54.376, leaving him the fastest Supersport rider today.

Today the excitement well and truly hit its climax with just a snapshot of what the year has in store. For these Australia Superbike Championship competitors, its back home to rest, train and refuel, ready for a challenging and much anticipated round one at Phillip Island Grand Prix Circuit ahead this February 24th to 26th.

Stay up to date with all the latest news and updates from the ASBK Official Test Day by liking ASBK on Facebook, following the @asbk on Instagram and checking out the ASBK website here.