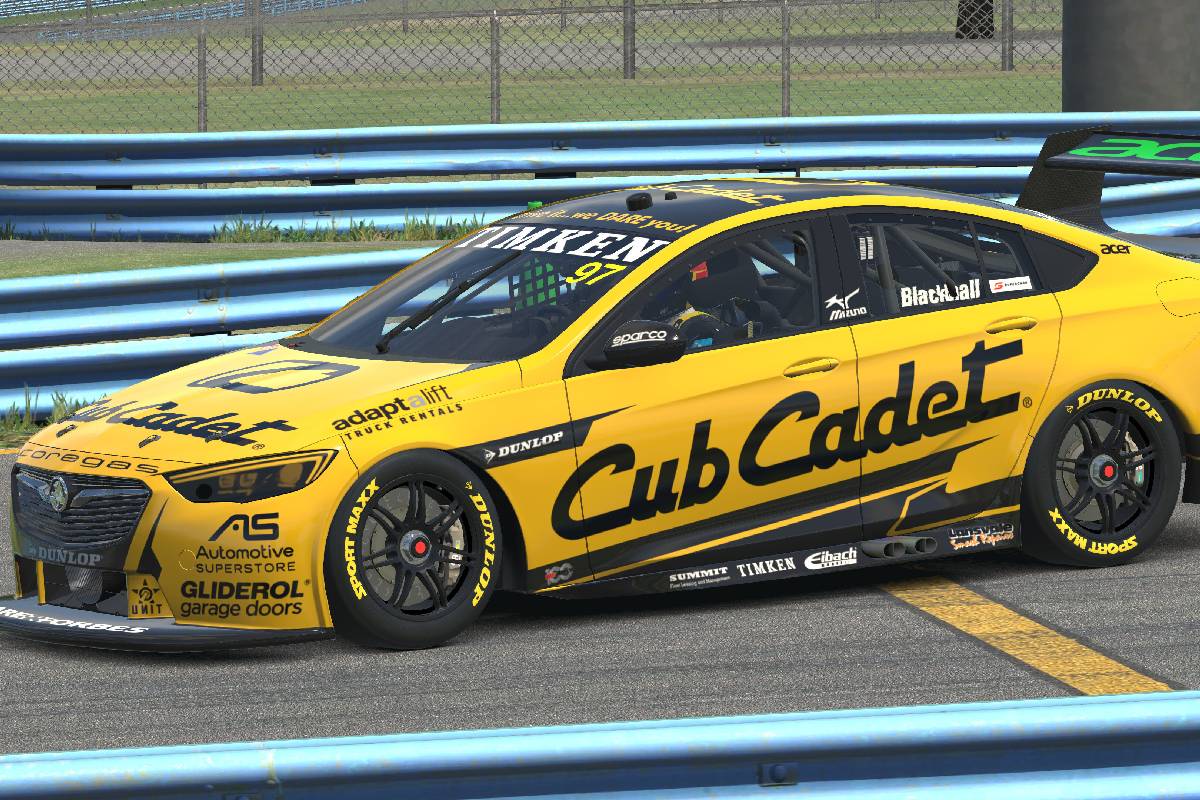 Brad Jones Racing has signalled its intentions to make its mark on the 2022 Supercars Eseries, announcing its driver line up for both the Pro and All Stars Series which gets underway tonight.

Like last year, the hybrid format will consist of two championships within the series: main game Supercars and Super2 drivers will headline the All-Stars Series, while elite gamers will represent respective teams in the Pro Series.

The Pro-Series line-up is unchanged from 2021, when Souslin-Harlow finished 2nd, Burton 3rd and Down 8th in the hotly contested series.

Burton has driven the #8 Dunlop Racing Commodore since the inception of the series.

Down will pilot the #14 Cub Cadet entry, and together with Souslin-Harlow aboard the #96 Automotive Superstore entry, the trio are hoping to continue on their success in last year’s Pro Series championship.

“It’s an amazing feeling to be back with Brad Jones Racing again for the Eseries in 2022,” Down said.

“It’s always a pleasure to be involved with Brad and the entire team and it’s a part of the year that I look forward to.

“Teaming up with Jake and Jackson again will be fantastic.

“It’s a proven combination with a strong showing for all three of us in 2021, we work together well and motivate each other to improve and drive results which will no doubt continue to be a strength this season.

“I’m looking forward to representing Cub Cadet in the #14, in 2020 we shared a great deal of success finishing 3rd in the series so to be back in the yellow rocket with their support is exciting.”

Supercars fans will also no doubt be excited to see Heimgartner take his place behind the virtual wheel of the R&J Batteries Commodore, while Jones and Murray will share duties on the Automotive Superstore entry.

Aaron Borg will round out the Pro-Entries, taking over duties on the iRacing version of the Middy’s Racing Rocket for real-world counterpart Bryce Fullwood.

“E-series is always a lot of fun and I’m excited to see what this one is going to bring,” Heimgartner said.

“It’s pretty cool that we’re able to continue something that was born out of necessity when COVID hit to keep us racing and it’s become something that can develop more talent into the sport.”

The six-round series will be broadcast live on prime-time television on Fox Sports 506, Kayo, 7plus, Sky New Zealand, Youtube, Facebook, and Twitch from 7:30pm – 9:30pm AEST each Wednesday night.