Big Sprintcar show and Australian title at Nyora this Saturday

Big Sprintcar show and Australian title at Nyora this Saturday 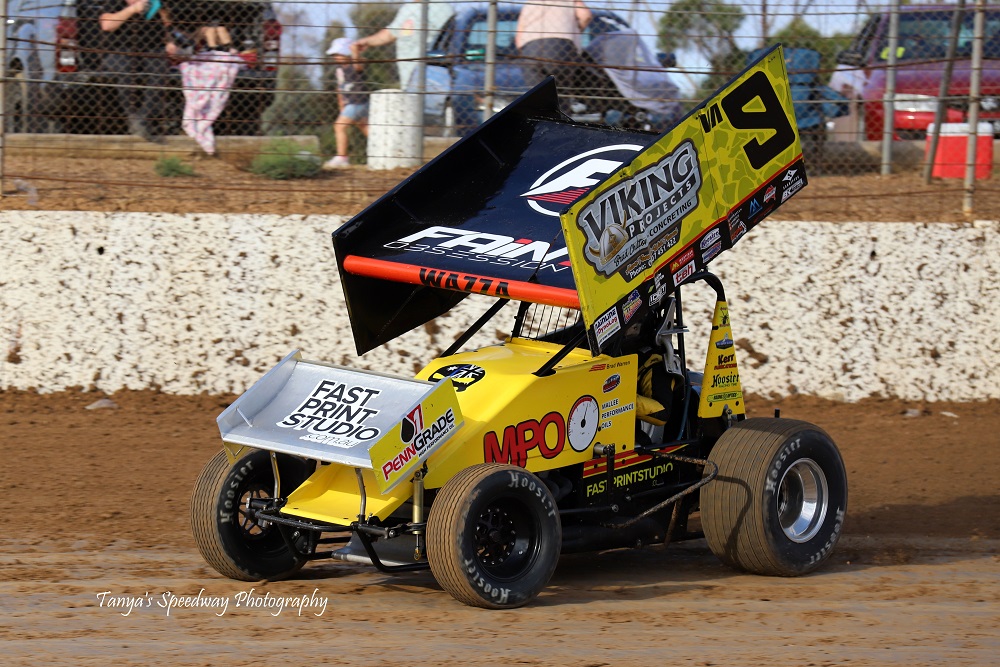 This Saturday afternoon and into the evening Nyora Raceway will host three major events on the program with the Sprintcar All-Stars in town, the Australian Lightning Sprint national title up for grabs and the Standard Saloon Miles Cup also on offer whilst support will also come by way of Junior Sedan action.

Longwarry based racer Brad Warren won last weekend in the Sprintcar All-Stars at Horsham and will be back on what is home turf for him this Saturday night attempting to go back-to-back. Twenty-two Sprintcars at the time of writing had signed on to compete with the likes of Charles Hunter, Paul Solomon, and Jordyn Charge all in the top four series points with Warren ensuring another intriguing night for the Winged Warrior fans.

Cameron Waters from Supercar fame is competing, Brett Smith, Michael Tancredi, Phil Lock and Todd Hobson are others to show interest in with Hobson a local Clyde based racer. Renae Eastham and Sam Millar add a female flavour to the field with Eastham another local competitor.

Warren leads the series points after his efforts last weekend and is keen to win at a venue he has been involved at ever since moving into town to work locally. Hunter will try to rest the lead of the series back from Warren after missing vital points this passed Saturday in the feature and Solomon and Charge will do their best to leap them both in the standings.

Australian Lightning Sprints are in town for their national title which will see Queensland, New South Wales and Victorian competitors go at it in the hopes of wresting that number one from current holder AJ McTaggart. The line-up includes several serious contenders from out of town with Jordan Binskin of NSW, Sean Iacono of Queensland, Scott Withers another from NSW, Jack Selmes NSW, Andrew Kimm QLD, Pete Styles of NSW and a former Victorian champion, Matt Reed NSW< Danny Stone NSW also another former Victorian champion, Keith Blatch of QLD, and Kyle Thomas of NSW.

Andrew Burleigh and Michael Conway are Victoria’s two biggest chances according to grading of a podium result, Conway has won at Nyora this season already. Ally Moore and Maureen Sell will be delighted with top ten finishers at the title event.

In Standard Saloon competition expect all of Nyora’s strongest competitors to line-up against many from Gippsland from the East to the West and Latrobe in between to compete. The event honours the contribution to Nyora Raceway of the Miles family starting from Eric Miles and then the likes of Mark, Chris, Andrew, and others. Mark, Chris, and Andrew should all be competing with Rhys Lansdown, and Brad Hill all challenging for home track glory.

For early birds, the Junior Quarter Midgets hit the track early in the day. The Quarter Midgets compete on the infield track and from 4pm the main show begins on the Speedway proper.

All the action on Saturday starts at 4pm whilst the gate will be open for public from around 11am for entry will cost $30 for an adult, Kids 12 to 16 are $10 each whilst all other children are free and Seniors are $10, Family ticket of two adults and two kids 12 to 16 is $60.