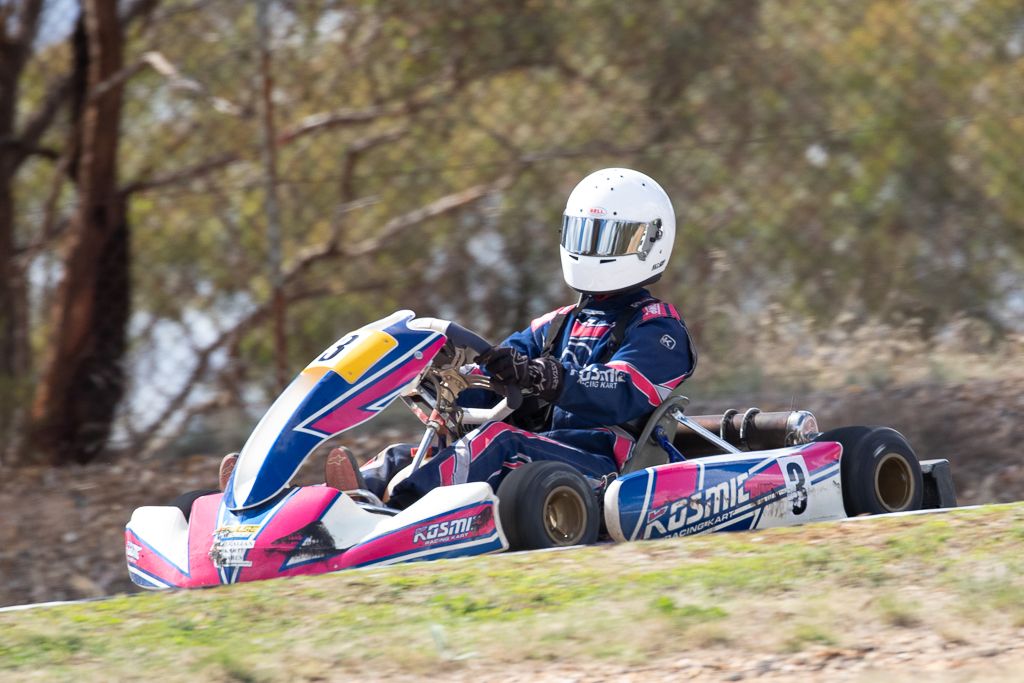 Benjamin Classon took to the second round of the Victorian Golden Power Series over the weekend at the Bendigo Kart Club. Classon put in a strong performance at the opening round of the series running top five in the event. In an excellent field of near twenty drivers, Ben had a task ahead of him to keep up the pointy end of the field and the championship. Saturday qualifying was crucial to Classon and his team to get as far up the grid as possible.

Classon hit the track for qualifying and after his two morning practice sessions he knew he was in the hunt for pole position. Ben immediately put himself in the top five and was chasing former state champion Zach Findlay and current championship leader Grace Riddell. Classon put himself into third spot and was looking to continue his push up the field. In a hectic and fast end to the session, Ben set the third fastest time only eight hundredths of a second off pole position. Classon was on the inside of the second row and was looking to battle for race wins.

Heat one was the beginning of Classon racing weekend and he slotted straight into position three, behind the two race leaders. The speed was hot and the racing was slick at the front with Ben keeping the two leaders honest all race and applying the pressure. The lead three were separated by only tenths of a second for the entire race, with Classon in third looking good. Ben finished his opening heat in the top three in third position showing he could match it with the front two drivers.

Heat two and Classon slotted into position three off the start and once again looked right in for a chance of victory. A red flag incident brought the race to a stop and a single file restart to get the race back underway. Ben unfortunately got shuffled outside the top five off the restart and had work to do. Classon put his head down though and made his way back up to fifth position overall setting the fastest lap of the race on the way in a spirited fight back!

After a strong Saturday was in the books, Sunday was upon Classon and his team and they were looking to make the most of their pace. Unfortunately, the third heat didn’t go the way they’d hoped with Ben being involved in a first corner incident and dropping to the rear of the field. Classon put in a spirited fight back, setting multiple fastest laps on the way and getting back inside the top ten. Just when it looked like Ben was in for a great top ten another incident on the final corner resulting in him dropping back to position twelve. This had Classon starting out of fifth for the all-important final.

Classon got a great start on the opening lap of the race moving up into the top three, with heat three winner Zach Findlay going out on the opening lap. Ben made the move for position two on lap four and was hot after the race leader Grace Riddell. Classon made a move on Riddell for the lead on lap eight ignite his quest for victory. In a dominate display, Ben was able to extend his margin away from the field and take his maiden Golden Power Series round win by over two seconds. His father Paul was wrapped with his son’s result. “It’s a great feeling to take a victory this weekend. He had a couple of tough heats but always had really strong pace. The final went perfectly to plan and we’re wrapped with the result”. Classon is one of the drivers to beat in the remainder of the series in 2022.