Basso back on track in Country Series

Basso back on track in Country Series 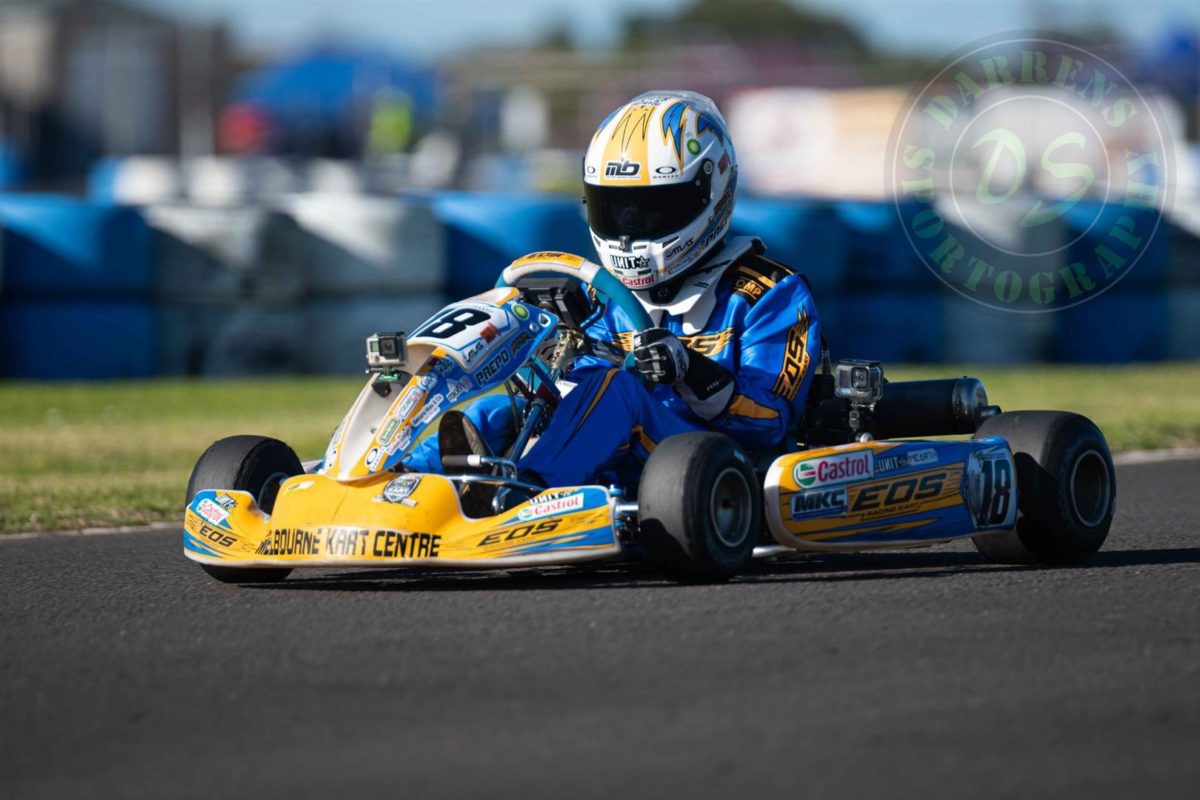 Wednesday 22nd June 2022 by Media Release
Mathew Basso has been one of the main front runners of the Victorian Country Series in 2022. Basso returned to the third round of the championship over the weekend at the Portland Kart Club. Mathew was able to bag a podium result at Cobden but is looking to get his championship back on track after a tough round at Warnambool.

Basso looked to Saturday afternoon qualifying to get his weekend underway! Mathew used his Saturday afternoon practice to get up to speed and put himself in the best possible position in the near fifteen-kart field. Basso was able to put himself in the top five in the early stages and then got himself up into the top three and right in the battle for pole position. With only tenths separating the top three, Mathew was using everything he had going for pole position. In an excellent effort, Basso was able to put himself on the second row of the grid in the third spot for heat one.

Sunday morning was the start of racing with Mathew looking to get underway and continue his championship assault. Basso slotted into the third spot off the start line and had good pace. Mathew stayed in the third spot in the opening half of the race before making a move for the second spot! Basso had lost ground to the race leader and couldn’t chase the margin down coming through in the second position to start his racing weekend.

Mathew had his race face and was ready to go for heat two, looking to grab more championship points. Basso dropped into the fourth spot to finish the opening lap but quickly slotted into the third spot on lap two. Mathew’s race changed complexion on lap three with an uncharacteristic error putting him to the rear of the field. Basso put the head down and started to charge back forward and burst his way back into the top ten. In an excellent recovery, Mathew was able to make his way back up to eighth position overall keeping him in calculations with the top group.

Basso was determined to turn things around after his mistake in heat two. The young driver got an excellent start slotting into the second position to finish the opening lap. Mathew had fellow competitors James Snaith challenging him for the second spot, allowing race leader Darcy Heyne to break away and open the margin. Basso was able to win the battle and break away from Snaith coming home with second place overall!

Mathew’s father Paul spoke about his second podium finish weekend of the season. “Mat drove really good all weekend. We made a small mistake in heat two but other than that we are happy to walk away with some good points in the series standings”.

Mathew spoke post-weekend of his pace across the weekend. “I felt like I drove good but we just didn’t have anything for Darcy all weekend. He was able to get the jump on me early in the final and while I was battling with Snaith, he was able to get away. We bagged some good points this weekend after the disappointment of Warrnambool where I was hit from behind while leading so, I’m looking forward to doing this all again at Round 4 at Horsham”.