The youngster has had a busy 2019 to date, competing in three Formula 4 Championships for Jenzer Motorsport and G4 Racing. He is in his first full season of Italian Formula 4, as well as competing in Spanish Formula 4 and in selected rounds of the ADAC German Formula 4 Championship this season. He will join the rebranded Kiwi Motorsport team, previously Victory Motor Racing and now falling into line with their American programme, for a campaign with the team that last won the championship in 2017 with Thomas Randle.

The Lausanne-born racer competed successfully in karting championships in Switzerland and in Europe. He started racing in Italian Formula 4 in 2018, taking 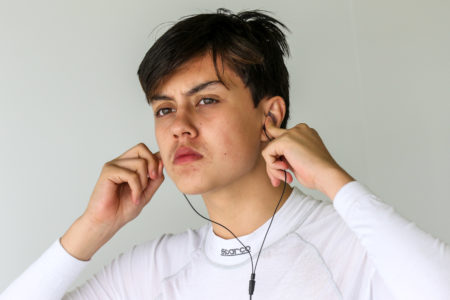 part in six races over two rounds with a best result of 16th at Imola.

During the 2019 season, Axel has achieved several top 10 finishes in Spain and Italy and recently secured his first podium finish in Spain with third in Jerez.

In 2020 the Castrol Toyota Racing Series switches to its brand-new car – the 280-horsepower turbocharged FT-60 – which is based on the same Tatuus chassis used in junior formulae throughout the world. Interest in the back-to-back five weekend championship has been high since the new car was announced in May. The series will also use Hankook tyres for the first time. It is perfectly placed in the calendar for northern hemisphere drivers looking to develop their skills in a competitive and relevant wings and slicks championship that will also provide up to seven FIA Super Licence points to the top performer.

Axel is looking forward to the New Zealand experience and the chance to race in one of the most competitive championships in the world, commenting:

“I am looking forward to the 2020 Castrol Toyota Racing Series mainly because, looking at the past years, this is a well-organised championship with competent organisers and experienced teams and also because I will discover New Zealand and meet new people.

“I am happy to be joining Kiwi Motorsport, which is a team with vast experience, many outstanding championship and race wins and a friendly and warm atmosphere. Together we will aim for good results and give it our all!

“I will use the championship in New Zealand to evaluate my options for 2020 which are either to do another full F4 year in Europe (Italy and Spain) or to take the challenge to step up to F3 R Eurocup or F3 Regional WSK or maybe something else. I will surely learn a lot and will try to improve my skills throughout this intensive five-week battle. I’d like to take this opportunity to thank my family, my sponsors and my friends and followers for all their support.”

Team manager Garry Orton says Axel Gnos is a good signing for the team, commenting: “We are happy to welcome Axel in our team for the coming season. He has already demonstrated great improvement this season and we are definitely hoping to build on that momentum when he is in New Zealand.”

The 2020 Castrol Toyota Racing Series begins at Highlands Motorsport Park in Cromwell in New Zealand’s South Island over the weekend of January 17-19. It stays in the South Island for the second round a week later, moving to Teretonga Park near Invercargill for round two.