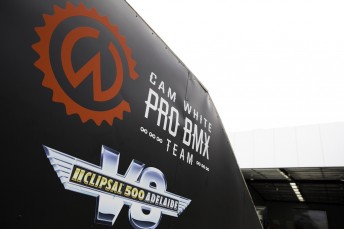 Twelve of the world’s top BMX Dirt Freestyle riders will compete over four days for $17,000 in cash and prizes at this year’s Clipsal 500 Adelaide.

The Milwaukee BMX RAMPage was one of the most exciting new attractions to debut at last year’s event and is back by popular demand with more riders, bigger jumps and more prize money on offer. 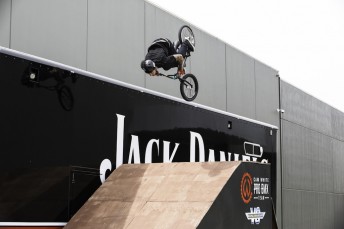 “The BMX display at the Clipsal 500 last year was quite exciting, the jumps were massive last year so for us it’s great, we get to come to an event like the Clipsal 500 and race on the track and there’s so much other stuff exactly like this going on around the circuit for everyone to enjoy,” Kelly said.

The Milwaukee BMX RAMPage will showcase the best of what a BMX dirt competition can be. The most talented and progressive riders in the world will push their limits on a course designed and built by Cam White, the Australian Godfather of BMX. 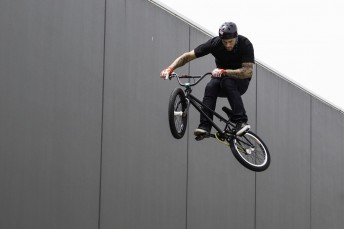 White has been competing all over the world since turning pro in 2003 and has achieved international acclaim for staging his own Hillside Dirt Jam event to raise money for children’s charities.

One of the most explosive BMX riders on the planet, Gold Coast’s Kyle Baldock is returning for his second Milwaukee BMX RAMPage competition and will be hard to beat after an impressive 2014 which saw him collect his third X Games gold medal with a flawless performance in Austin, Texas.

Clipsal 500 CEO, Mark Warren, said he was excited to announce the return of BMX RAMPage to Clipsal 500 Adelaide after a spectacular debut at the 2014 event.

“The Milwaukee BMX RAMPage was a fan favourite at last year’s event and I’m pleased to confirm the Clipsal 500 Adelaide will once again play host to Australia’s biggest BMX Dirt Freestyle competition featuring the best riders from Australia and overseas.

The Milwaukee BMX RAMPage is one of the most popular activities in our GoPro TrAction Zone and adds to our growing list of off-track entertainment for patrons in 2015,” Warren said.

Construction of the BMX course will begin on 19 February and will require over 500 tonnes of soil to create the world-class course.

Kyle Baldock
• Kyle is one of the best BMX riders on the planet!
• Three time X Games Gold Medalist
• After an amazing 2012 where Baldock stepped up big at the Dew Tour, placing 2nd in BMX Park at the Ocean City (Md.) round, Kyle also placed 1st in the GoDaddy.com BMX Dirt Best Trick contest with the first-ever Cliffhanger front flip and he won the Pro Dirt finals in July 2012 at the BMX Worlds in Germany.
• Kyle took out the BMX Dirt Gold at the 2014 X Games in Austin, Texas