Australian racing dynasties in action at monster QRDC Round 8

Australian racing dynasties in action at monster QRDC Round 8 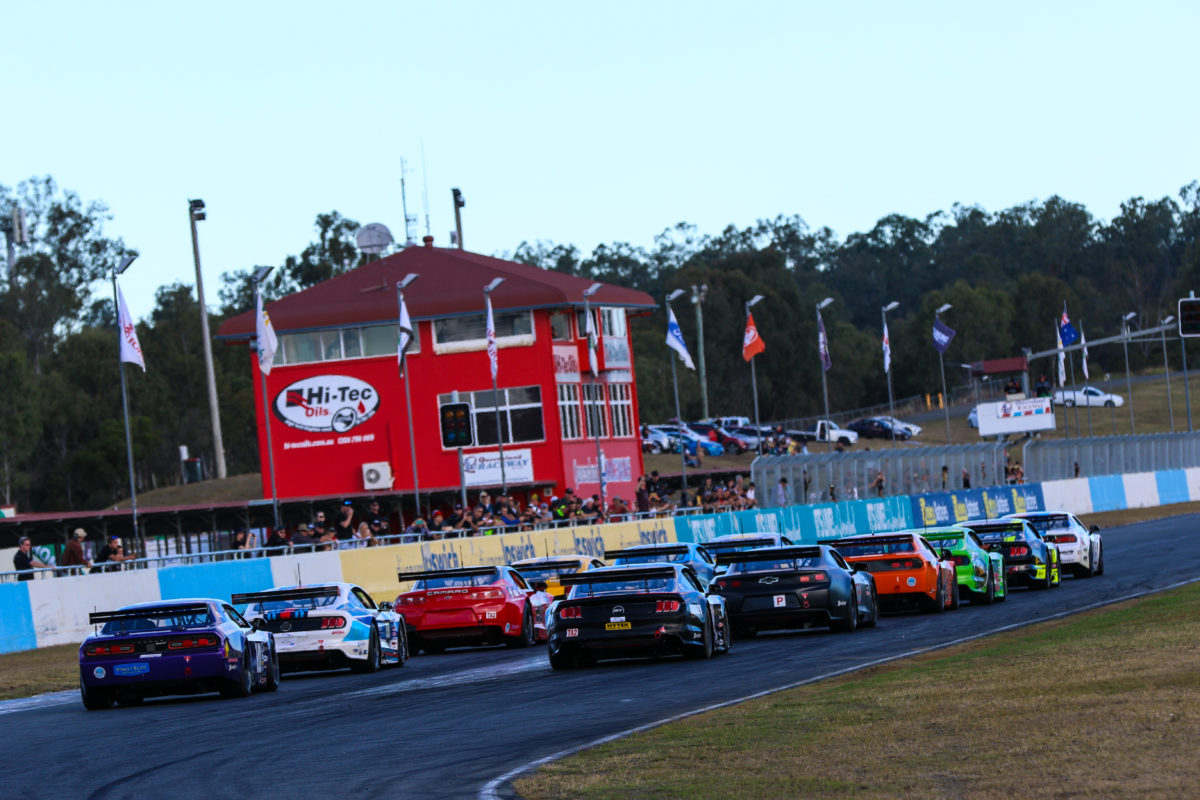 This weekend at Queensland Raceways will see the biggest offering of live racing in Southeast Queensland in 2021 with a mammoth ten categories on the bill for eighth round of QRDC.

Well over 200 drivers (including co-drivers) are subscribed to the event which will feature racing under lights on Saturday Night for Queensland Production Cars.

Among those drivers are a handful of familiar names from several racing dynasties. Third generation driver Jett Johnson is back to contest TA2, joined by Nash Morris, son of Bathurst 1000 winner Paul Morris and Dalton Ellery son of Supercars driver Steve Ellery.

In fact, Steve Ellery is entered as a co-driver for his son Tristan in Queensland Production Cars, while Dalton is co-driving for Beric Lynton.

Formula Ford will ignite another cross-family battle with Ryder Quinn and Grandfather Tony Quinn both on the entry list.

Of the ten categories racing, two of them have over 30 cars listed with Queensland Production Cars (31) and the Queensland Touring Car Championship (36) both with mouth-watering numbers. Excels and Productions Sports aren’t too far behind each boasting entrants in the mid-20s.

To accommodate the mass of racing over the two days cars will be on track from 9am on Saturday and racing well into the night with Queensland Production Cars, who will have back-to-back 1-hour races to close out the day. There will be a thirty-minute pause between the two enduros.

Sunday will see racing from 8:00am with the Queensland Production 2ltr Coupe series, a new home for Toyota 86s kicking things off for their very first session.

Spectators tickets can be purchased at the gate, $40 for the weekend, $20 for Saturday and $30 for Sunday. Kids 12 and under receive free entry. Spectator entry grans paddock access, with fans able to get up close and personal with some of the machines and their hero drivers. 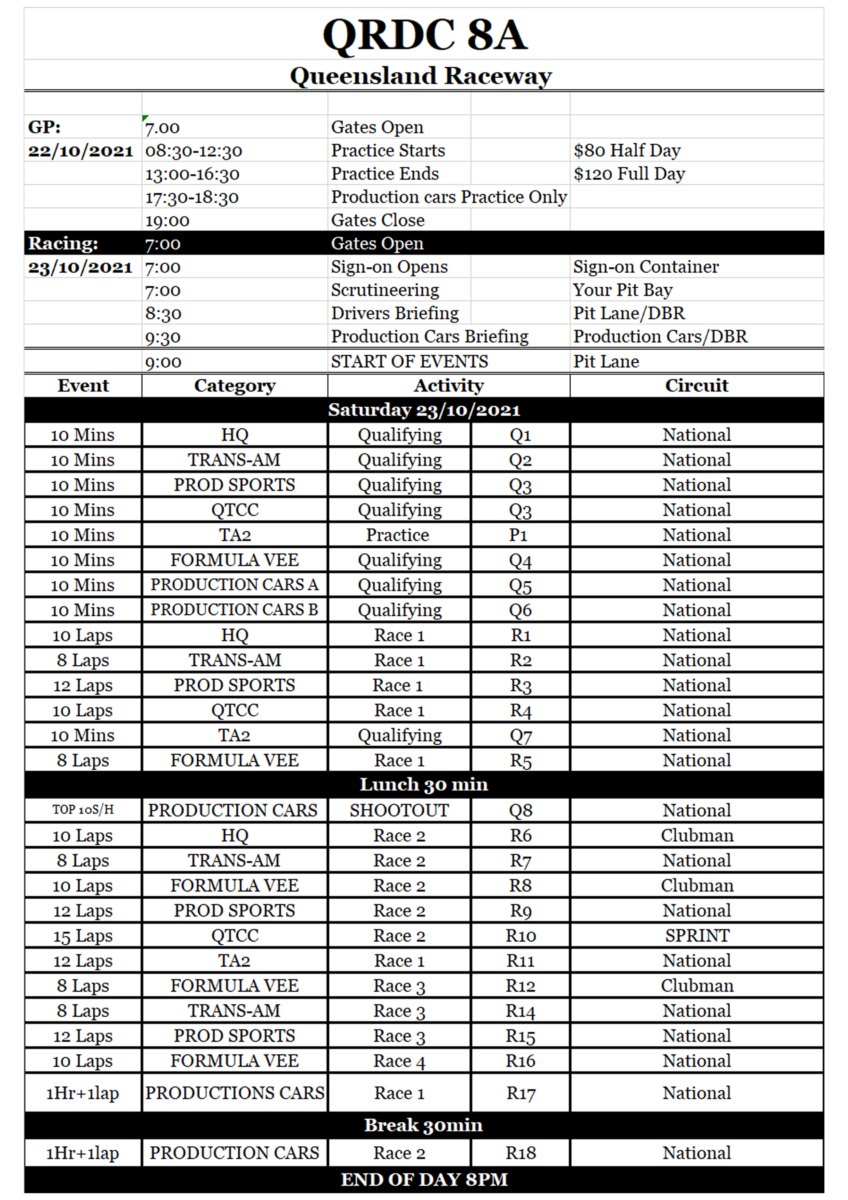 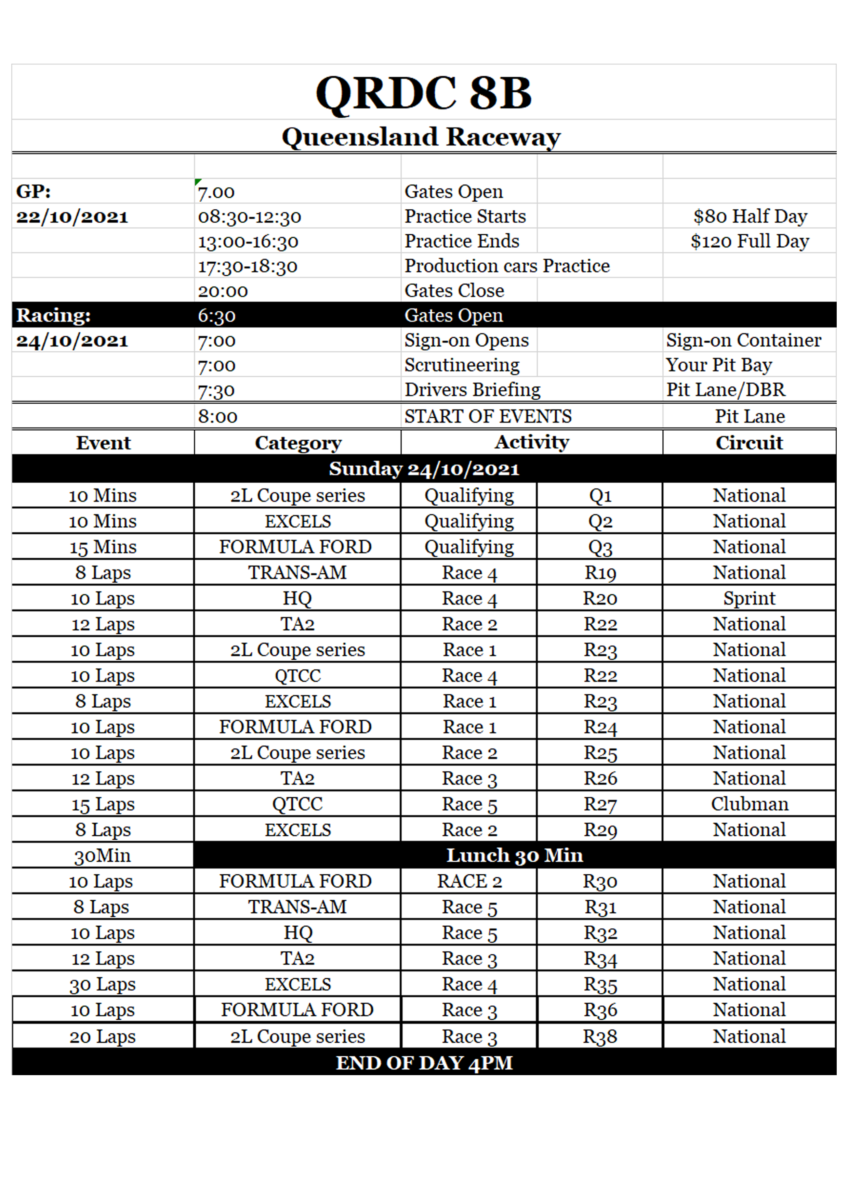