Australian Prototypes Series on the rise in 2020

Australian Prototypes Series on the rise in 2020

The Australian Prototype Series (APS) will be bigger and better this year, with a number of exciting changes to the category both on and off track. 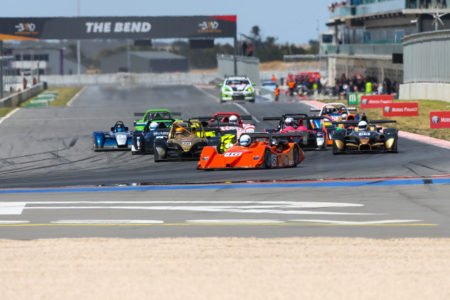 While the Series will be a key part of the Shannons Motorsport Australia Championships, the opening round is less than a month away and will be held at Sydney Motorsport Park on 6-8 March as part of the Australian Production Cars standalone event.

APS can also confirm a management restructure of the series has taken place during the off-season, with the APS focusing on providing improved operational management, building further on existing relationships while also identifying future opportunities to grow the series.

Paul Trengove has taken on the role of CEO of the APS, a role he will perform alongside his existing position as Motor Racing Circuit Manager at The Bend Motorsport Park.

It will be a busy year for Trengove, with the CEO also competing in the Series in 2020, alongside a host of APS regulars and some fresh faces.

“I’m really looking forward to what lies ahead for the Australian Prototype Series this season and we’re really eager to get racing in Sydney in just a few weeks’ time,” Trengove said.

“In 2020, we will focus on providing a racing series focussed on the competitor, providing fulfilling and value for money events at Australia’s best circuits as part of the Shannons Motorsport Australia Championships.

“APS will also ensure the Balance of Performance (BoP) measures throughout the year ensure that all Prototype cars are closely matched and competitive regardless of their cost.”

Trengove said other initiatives also being discussed include heavily discounted entry fees for new competitors and the possibility of a longer endurance race at the back end of the season.

Meanwhile in other staffing changes, Trengove confirmed Charise Bristow will be the Series’ new Category Administrator, taking over from Courtney Tyler, while the experienced Ian Richards will move into a Technical Advisor position.

Racing in the Australian Prototype Series begins at Sydney Motorsport Park on 6 March.

The entry list for the opening round will be published in the coming weeks.

All rounds will feature live streaming of on track action, with viewing details available on the APS website www.prototypeseries.com.au.