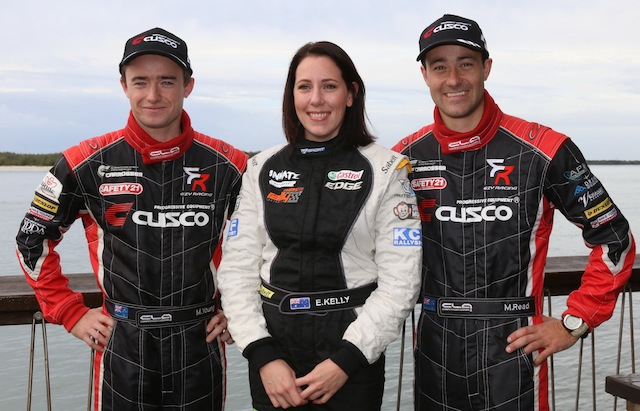 MEDIA RELEASE: New Zealand’s only competitor in the Asia Pacific Rally Championship (APRC), Michael Young, is reigniting his championship fight this weekend at the International Rally of Queensland held around Australia’s Sunshine Coast.

Piloting his Cusco Racing Subaru Impreza in association with EZY Racing for only the second time in his rallying career, Young is facing a new challenge in Queensland to previous years.

Young says: “I have to keep in mind that I have still little experience in the car, I may have adapted quickly to it but it’s still early days. Last year I pushed hard in the two-wheel-drive and had some big moments as the stages are narrow and quite fast but those stages will be a little easier in the four-wheel-drive with the extra power.

“Although trees are often quite close to the edge of the road so we still have to be careful. A good set of pace notes is going to be important, so recce will be a big day, but I’m lucky to have Malcolm [Read, co-driver] back again.”

Young and Read haven’t been in the Cusco Racing Subaru Impreza for two months, after their successful debut at the International Rally of Whangarei in April, but they remain optimistic at their chances of a good result particularly with added support from EZY Racing at this event.

“I am fortunate to have the awesome support from EZY Racing here in Australia. They have travelled a long way to be here with us this weekend and their support will definitely help,” says Young.

The International Rally of Queensland begins on Saturday morning at Kenilworth before teams compete across 227.06 kilometres of closed special stages around the Sunshine Coast over Saturday 20th and Sunday 21st June 2015.