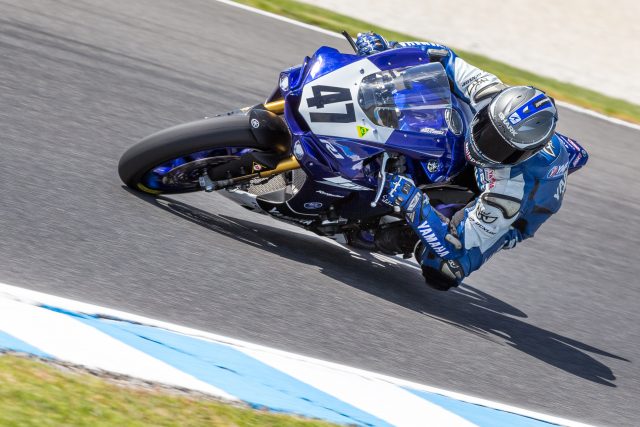 Australian Wildcards for the Yamaha Finance Australian WorldSBK Round

After recently signing a factory deal with Yamaha Racing Team in the ASBK Championship, 23-year-old Falzon is fulfilling his dream of competing in the WorldSBK as a wildcard. Falzon is a two-time Australian Supersport Champion and recently completed his best ever result in the Australian Superbike class with a fourth-place finish as the first non-factory rider.

South Australian, Falzon stating; “The past several months have been exciting with the announcements that I have been signed as a factory rider for Yamaha Racing Team and that I will be wildcarding at the WorldSBK Australian Round at Phillip Island.

“Of course, its always been a dream of mine to compete on the world stage and any experience we can gather from this opportunity will be valuable as we contest the 2018 ASBK season.

“I’ve very accustomed to the Yamaha YZF-R1 package after racing it for several seasons and the bike we are racing as a WorldSBK wildcard will be very similar to what we’ll be riding in ASBK.

“Obviously being a factory rider has been the goal for the past several years and now it has become a reality. I couldn’t think of a more professional outfit than Yamaha Racing Team and I’m looking forward to the upcoming season!” Fazlon said.

The 2016 Australian Superbike Champion, Herfoss came devastatingly close to clenching back to back titles on a Honda in 2017, but a mechanical retirement at the final round at Phillip Island Grand Prix Circuit had Herfoss finish third overall. He has gained a reputation as one of Australia’s fittest and most determined riders.

Now he looks forward to riding amongst several of the world’s most elite riders at the WorldSBK Australian round.

“Riding in the WorldSBK Championship is without a doubt what I have been striving for and I’m looking forward to the challenge ahead,” Herfoss said.

“Everyone within the team is really excited about the possibilities ahead and hopefully we can be somewhere in the mix for a positive result. The WorldSBK field is full of world class riders but it will be a great opportunity to show what we are capable of.

“Of course, it was difficult to swallow, just missing out on the Australian Superbike title in 2017, but we are really confident that we can challenge this year once again and deliver a championship for Honda,” Herfoss finished.

The young gun hailing from Goulburn, NSW is ready for the challenge of his WorldSSP debut. 17-year-old Toparis completed a wildcard appearance in the Moto3 class in last year’s Australian Motorcycle Grand Prix and came third in the Australian Supersport class last year. ‘Torpedo’ Toparis will be riding an upgraded Kawasaki ZX-6R that he rides in the ASBK.

Toparis sharing; “After the team and I did the Moto3 wildcard last year in October, we thought we would give the World Supersport wildcard a go,” Toparis said.

“WorldSSP is of course a lot different to Moto3. It’s much closer in terms of Australian Supersport compared to Moto3 or Moto2, so we should have a better understanding on how everything works.

“I’m hoping when I get to the Island there will be a noticeable boost with the engine package straight away. That in conjunction with Pirelli tyres, all factor into making the lap time faster.

“Just being on track with the world guys, who are all circulating faster is going to be great for me as a whole. Hopefully I can gain some experience and learn from them and be able to apply that experience in the ASBK for the 2018 season,” according to Toparis.

35-year-old Maxwell stating; “The opportunity to represent Yamaha Racing Team amongst the WorldSBK field is a great boost for us. The team have always wanted to become involved in WorldSBK and now that opportunity has become a reality.

“In terms of our Yamaha YZF-R1 package, it should be pretty similar to ASBK spec with minor alterations to make it fit for WorldSBK completion. If we do have one advantage it is that we know Phillip Island Grand Prix Circuit very well and it’s not out of the question that a top 15 or higher result may be possible if we put in a good performance.

“I cannot thank Yamaha Racing Team and all my sponsors enough for the opportunity. I’ve been training hard over the off-season and hopefully we can secure a positive result at Phillip Island in both WorldSBK and ASBK, it’s going to be a busy weekend!” Maxwell finished.