Aussie vs NZ in Toyota 86 Championship

Aussie vs NZ in Toyota 86 Championship 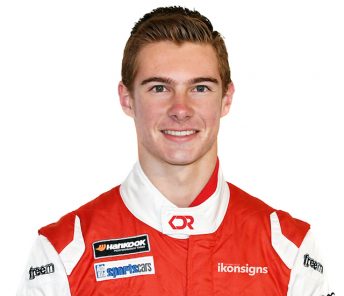 MEDIA RELEASE:  Two rising stars of Australian motor racing are coming to race the 2016-2017 Toyota 86 Championship – and perhaps salvage some national sporting pride – when it begins at Pukekohe next week.

With Australia reeling from its recent rugby drubbing and a New Zealander leading the Aussie V8 Supercar Championship, Will Brown and Drew Ridge aim to redress the balance when the Kiwi championship starts at the ITM Auckland Supersprint round of the V8 Supercars, November 4-6.

Will Brown, 18, won the Australian Formula 4 single-seater championship on Saturday and leads the inaugural Australian Toyota 86 series. He is currently second on points in the Australian national Formula Ford series, just 30 points adrift having missed the first round.

Drew Ridge, 17, is a race winner in Formula BMW Asia and Australian Formula 4.

It’s been a frenetic six years since Brown first started in karting and the wins have come thick and fast for the Toowoomba-based driver.

He has two state karting championship titles to his name, has raced Formula Ford and was third in Australian Formula 4 as a rookie in 2015.

“I’ve had plenty of seat time in a range of cars this year which is great, it keeps your racecraft and reactions sharp. One make series keep the cars even and let the driver show what they can do, so I’m keen to race on slicks and to see the level of competition in New Zealand,” he said.

Brown will race with the LightingPlus team. In 2017 he hopes to race the Australian Porsche Carrera Cup.

Drew Ridge comes to the New Zealand championship with a similar level of karting experience and is a graduate of the CAMS driver academy. The resident of Matcham, New South Wales has also competed in the Formula BMW Asia series and raced the Australian Formula 4 championship.

Ridge will race as part of a two-car Albany Toyota presence in the championship. In May 2017 he heads for Europe to race in the invitation-only Audi TT Cup. Fluent in Japanese, he has aspirations to race in that country longer-term.

The 2016-2017 Toyota 86 Championship starts at the ITM V8 Supercar event at Pukekohe November 4-6. All rounds of the championship are televised and the $100,000 prize purse across the championship is the biggest in New Zealand’s current premier motor racing.