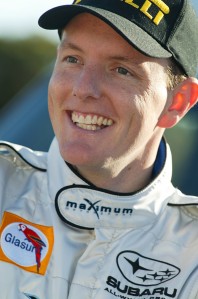 Australian professional rally driver and champion Dean Herridge is the latest big name in Australasian motorsport to confirm he will be lining up for the first round of the Mahindra North Island Endurance Series – the Mahindra Pukekohe 6 hours – and he’ll be doing it alongside Gary Morgan in a brand new supercharged Subaru BRZ built and run by legendary outfit Possum Bourne Motorsport.

The idea to race in New Zealand came from Subaru Australia team mate Cody Crocker, who had been in contact with driver and BRZ car owner Gary Morgan for a while about a possible drive. With Crocker committed to racing his Polaris off road enduro car over the Pukekohe weekend, Herridge was invited to take the spot and jumped at the chance.

“We have a long standing relationship at Subaru Australia with Possum Bourne Motorsport who ran our programme originally in the Australian Rally Championship, so the connections are strong. I saw the shell of the car when I attended the 10 year memorial event for Possum last year but it has come a long way since then and has been built with a supercharged BRZ engine.

“Pukekohe will essentially be the debut for the car but Gary has plenty of circuit experience and knowledge of Subarus and we have a great team behind us in Possum Bourne Motorsport. The objective will be to make the car fast, reliable and user friendly and obviously do as well as we can in the six hour race. I have a little bit of circuit experience from when we used to shakedown the Rally NZ Subarus there back in the day but overall I am just excited to be coming to the event, it’s generating quite a bit of interest and it’s going to be good to be part of it.”