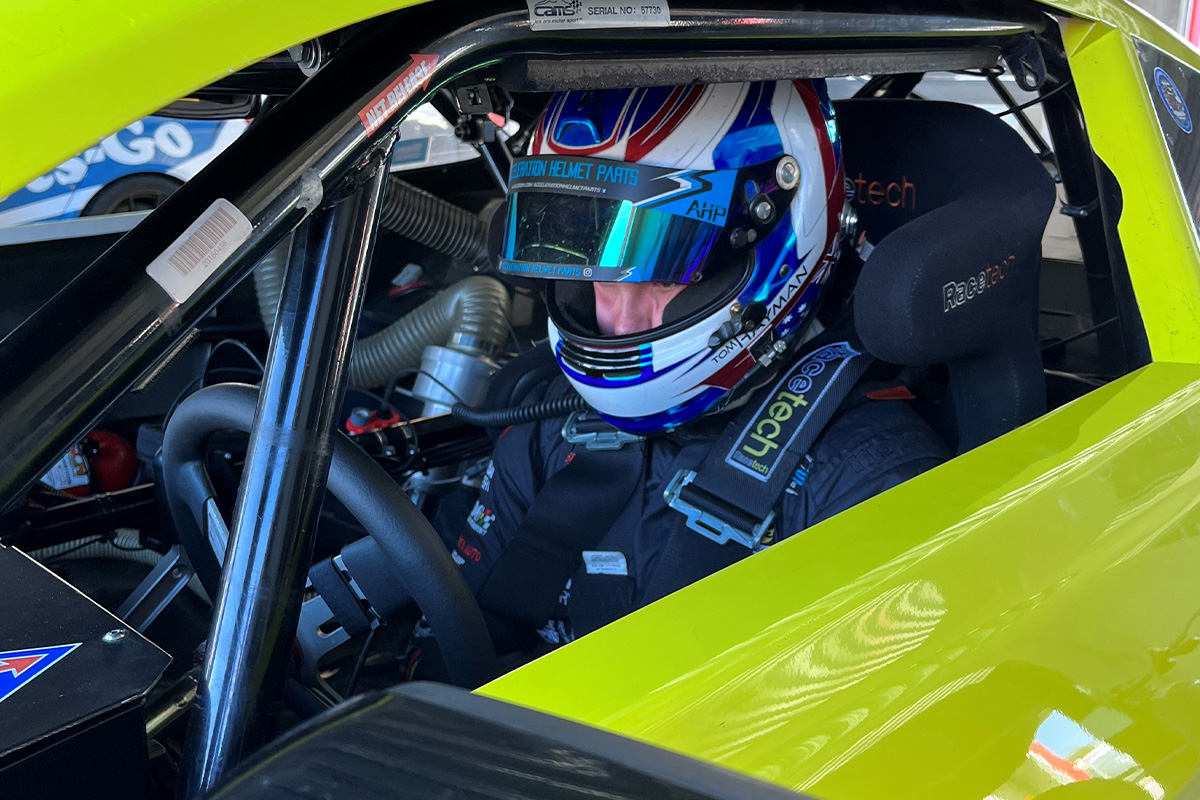 So far this season, Hayman has enjoyed an impressive run in Aussie Racing Cars where he has won on eight occasions and achieved 12 podiums ensuring he joins the Turtle Wax Trans Am Series field in strong form.

A test a few weeks ago gave Hayman and the team their first experience of the Mustang, where Hayman says he became increasingly comfortable with the rigours of driving a Trans Am car.

If his debut is successful, Hayman is aiming to contest the Turtle Wax Trans Am Bathurst 100 event at November’s Supercheap Auto Bathurst International.

At the top of the standings, Garry Rogers Motorsport duo Owen Kelly and Nathan Herne are separated by just six-points heading to the penultimate round of the Turtle Wax Trans Am Series at Queensland Raceway on August 5-7.

Starved of top-level motorsport for three years, the Queensland Raceway SpeedSeries event will mark the first major national motorsport event at the Ipswich circuit since TCR Australia’s last appearance at the track in 2019.

The SpeedSeries at Queensland Raceway will feature seven racing categories and 12 hours of live and ad-break free coverage on Stan Sport across Saturday and Sunday.

The coverage will be broadcast on Stan Sport between 11am-5pm on both Saturday and Sunday.

New customers can sign up to a Stan Sport 7-day free trial. Sign up now to watch all of the SpeedSeries action, plus the IndyCar Series, World Rally and more motorsport action >> http://www.stan.com.au/motorsport.

International viewers can watch the action via motorsport.tv

To be trackside at Queensland Raceway, CLICK HERE for tickets

“We’ve seen it grow quite a bit in the past couple of years and it was always going to be a stepping stone, so we thought we’d get into it a bit earlier,” said Hayman

“We did a test two weeks ago at Queensland Raceway and it was a good day. From the feedback I received I believe we’ll be mid-pack or knocking on the door of the top 10, but we’ll wait and see how it all plays out.

“It was heaps of fun. Just the way it moves around on the tyre, it has heaps of horsepower and it’s probably one of the best cars I’ve ever driven. It’s very physical on the body with all the steering in-puts holding it in a straight line, there was nothing I could carry over from the Aussie Racing Car.

“There are quite a few household names from what I can see. There will be no expectations, but it would be great to run with them, so we’ll wait and see how it goes.”