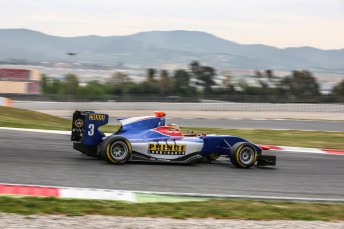 The Australian is full of confidence and raring to go after signing to Carlin for the new GP3 Series that gets underway at Barcelona later this week.

And after starting his career in Malaysia – the country of his birth – and taking part in a one-off race in GT Asia last year, he believes Asian oil and additives company Prince Lubricants, is a perfect fit.

He said: “We’re delighted to have a prestigious company such as Prince Lubricants supporting us.

“To be sponsored by a business so heavily involved in the motor industry is also an important factor when choosing a sponsor that fits in with our ethos and ambition.

“We look forward to working with them during the season – hopefully it will be a winning partnership.”