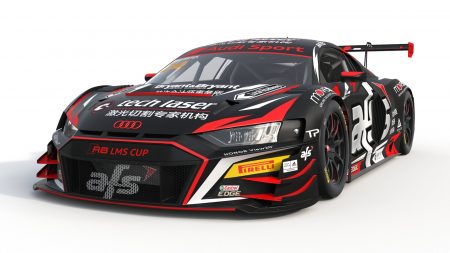 Leading Australian Audi racer Tony Bates will make his first foray into international motorsport competition in 2019, confirming a program for the remainder of the Audi Sport R8 LMS Cup.

Bates competed in the Australian round of the R8 LMS Cup last year, before focusing on his local GT Championship commitments for the rest of the season. But another strong showing at this year’s R8 LMS Cup season opener – where he scored his 13th win from 16 races at the Adelaide Parklands Circuit – has given the AFS/Moveitnet/C-Tech Laser/Local Roadways/Bryant & Bryant driver the impetus to continue in the Asian-based category.

Over the last decade, Bates has established himself as one of the country’s most successful semi-professional drivers; as well as winning the Porsche Carrera Cup TAG Heuer Challenge Championship in 2016, Bates has been a two-time runner-up in the Commodore Cup national series, scored top-10 race finishes in the Dunlop Super2 Series, and won multiple races in the Australian GT Championship.

He said the overseas adventure will offer the challenge of learning new circuits, and racing wheel-to-wheel with high-quality foreign opposition.

“I’m proud of what I’ve achieved here in Australia, but I’m always looking for ways to keep learning and improving,” Bates said.

“The Audi R8 LMS Cup is a very professionally-operated category, and puts me in an environment where I’m testing my skills against some of Asia’s best semi-pro drivers in identical machinery,” Bates said.

As well as offering some enticing prizes such as a special edition Audi R8 road car for the series winner, and factory drives in the Suzuka 10 Hour for round winners, the R8 LMS Cup also visits a selection of prestigious venues.

“One of the things I’m most excited about is the opportunity to race on some of the world’s most famous circuits,” Bates said.

“I’ve watched Formula 1 races on TV at tracks like Suzuka, Shanghai and Sepang; to actually race on those circuits will be very cool.

“Those big tracks have a lot of fast, committed, high-aero corners, which will suit the Audi’s handling characteristics.”

Bates’ Audi has been relocated to China ahead of the next two rounds of the series at the Zhuhai circuit, located on the south coast of the Guangdong province. It will be run by Absolute Racing, an Asian-based outfit with a wealth of experience in sports and GT competition.

“I felt it was important to join a team with knowledge and experience in the Asian region, and Absolute Racing ticked all the boxes,” Bates said.

“Their results speak for themselves – they have won a lot of races not just in Audi R8 LMS Cup, but in other categories like the Blancpain GT Asia Series.

“Being able to tap into their expertise will definitely be an advantage, in terms of helping me learn each new track as quickly as possible, and fine-tuning the car setup.

Practice for the two Zhuhai Audi R8 LMS Cup rounds will be held on Thursday, 2 May, with qualifying and racing on Friday and Saturday, 3-4 May. The races will be live streamed via the category website and Facebook page.