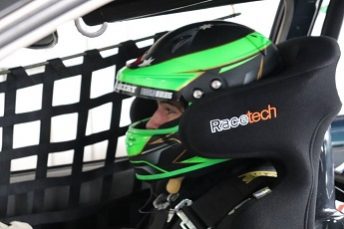 Fifteen-year-old Jaylyn Robotham will team up with Grant Phillips in the #86 Pedders Racing Toyota 86 for next weekend’s final round of the 2017 Australian Production Cars.

The November 18-19 event at Wakefield Park follows hot on the heels of ‘Jay’ sealing the SA CAMS Excel State Series Championship and securing a $20k race budget for the 2018 Toyota Racing Series by virtue of being the Amateur Winner in the 2017 Australian Driver Search program.

He will be the youngest racer in the field at the Wakefield event, but he is no stranger to the situation – he was the youngest ever to compete in the Hyundai Excel Series late last year.

“Growing up I’ve always enjoyed watching V8s and F1. I’ve always had an interest when I was young and wanted to be a race car driver,” said Robotham, who is supported on-track by Lancefield Bakery, Pedders Heidelberg, Brown Davis, Lucas Oil, Immaculate Image Solutions, Doria Bros Transport and Cycle House.

“Racing is in my blood, from my grandad racing go karts to my dad and my uncle who have each won numerous national and state titles in go karts; my uncle has also won an Australian title in compact speed cars.

“My major goal on-track to is to one day be a V8 Supercar driver, off-track is to be known as a hard but fair driver and not to be a smartarse. Off-track, I want to be a graphic designer for the motorsport industry or an architect.

“I am really excited about making my Australian Production Cars debut with Pedders Racing at Wakefield Park. The team has been really supportive with my preparation and I am looking forward to having so much time on-track thanks to the APC race format of two 300km races.

“It should be a great weekend and hopefully I can do a good job for the team.”

Pedders Racing Team Principal and driver Grant Phillips said he was looking forward to having Jay on board for the final round of the 2017 APC season.

“Jay is a really level-headed, mature young racer and I can’t wait to see how he goes with us at Wakefield next weekend,” Grant said, while thanking team sponsors Pedders Suspension, Evans Waterless Engine Coolant, Borneo Bears and OZYGEN for their support of the team’s program.

“He may only be young, but he has a good head on his shoulders and some great talent. I expect that we will work well together this weekend and who knows, maybe we can partner up again in the future amidst his Toyota Racing Series and other racing commitments in 2018!”

The Australian Production Cars’ final round of 2017 will hit Wakefield Park Raceway across November 18 and 19. Two 300km races will be held, one on each day, with live streaming to cover all the action on both days.