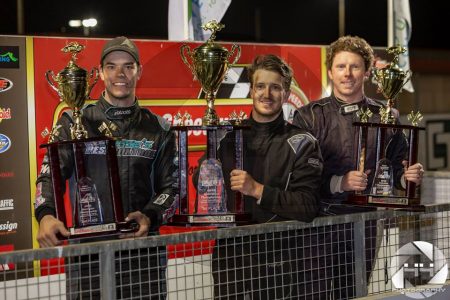 As is standard procedure for an Australian Championship, the top-three drivers must undergo a mandatory engine inspection at the completion of the event, in order to confirm that their engine is in compliance with the rules and regulations of the Wingless Sprints class.

With each of the three drivers now having had their engines cleared, the all-Victorian podium has been confirmed, with Australian Championship winner Alex Ross being joined by Luke Weel and Dayn Bentvelzen in second and third place respectively.

“This season’s running of the event was a huge success in all facets, from the record number of participating drivers, to the exceptional racing that was on display throughout the weekend.

“The fact that any number of drivers could challenge for the win is a real testament to the class and how competitive it is, which is in no small part why our numbers continue to grow. We’re already looking forward to next season’s Australian Championship, which will no doubt be equally as entertaining.”