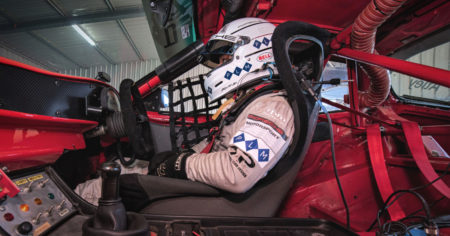 Following a successful test at Winton raceway in Victoria, it has been confirmed that Jack Atley will contest the next Round of the Porsche 944 Challenge series at Phillip Island, in the second car of championship leading team, Beller Motorsport.

Atley has previously raced in state and national Formula Ford and in the Bathurst 6HR endurance race and was an instructor as part of the AMG Mercedes Benz Driving Academy.

He is also the founder of prominent motorsport website design company ‘PLM’ which now has 18 drivers on their books, including TCR drivers Michael Clemente and Jay Hanson, Australian karting star Carter Mobbs and which has hosted V8 Supercar drivers Will Brown, Tony D’Alberto and Le Mans prototype driver, Scott Andrews.

Atley said, ‘I am looking forward to getting back behind the wheel and blowing out a few cobwebs. Ive been given a great opportunity by a championship wining team and am very grateful to Andy and Cameron Beller for the opportunity.

The category is a tightly contested one and there are established drivers all throughout the field, so I’m not going in there ‘all guns blazing’, but the opportunities don’t come around every day and so I will be trying my best for the team’.

The next round of the Porsche 944 Challenge takes place between May 14 – 16 at Phillip Island.