Assen: McPhee heads for hallowed ground at the ‘Cathedral’

Assen: McPhee heads for hallowed ground at the ‘Cathedral’ 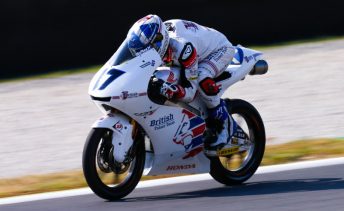 After some good points bagged in Barcelona in the Catalan GP, now it’s time to go Dutch as the TT Circuit Assen welcomes the MotoGP™ paddock for round eight. The only venue to have been on the calendar since the Championship began in 1949, the historic circuit is something special.

Nowadays a 4.5km ribbon of tarmac showcasing the best of high speed and slower apexes, the track has 18 corners – six left and twelve right – and the layout has remained largely unchanged for just over a decade. The finish line put in place in 1955 remains, however – anchoring the venue to its incredible history.

John McPhee has some top ten results at the track in the past and the circuit is one the Scot likes. After some good points at the Catalan GP, the goal is to take even more at Assen and start closing the gap to the top as the summer break looms on the horizon.

John McPhee: “The race in Catalunya was quite positive for us, and the step we made on Sunday is a great starting point as we get to Assen. I really like the track and I’ve had some good results here in the past so I’m optimistic for the weekend. The weather is always a question mark so that’s something we need to be ready for. I’ll be making the most of every session and then focus on qualifying higher up the grid again. As it comes closer to the midway point of the season I’ll be giving it my all to close the points gap in the Championship.”