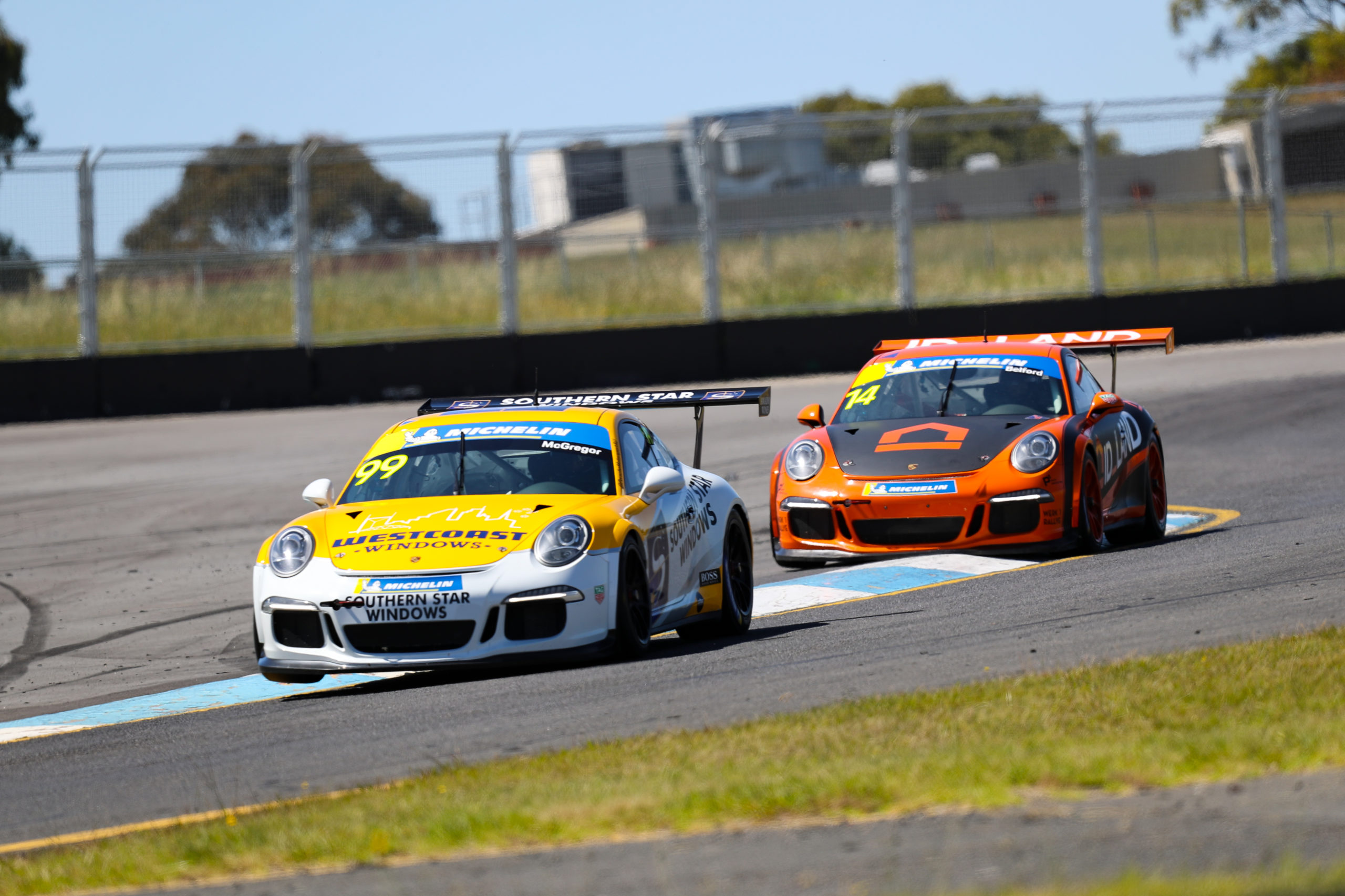 Ashley Seward Motorsport has announced three drivers in the line-up for this year’s Porsche Michelin Sprint Challenge season, which kicks off at Phillip Island on 18-20 February.

The experienced Ross McGregor will contest his eighth season in the series. McGregor has been a consistent performer during his Porsche racing tenure and has been a regular appearance on the Pro-Am podium over the last few seasons.

“I’m just looking forward to getting back onto the track and having some fun,” McGregor said.

“For me, it’s all about maximum enjoyment and continuing to learn and improve. The Sprint Challenge has a great group of competitors, who are all sensible and show respect for one another on the track.”

“Geoff Emery will be on board as my driver coach again this year, which is a big positive – Geoff really knows how to encourage me and can bring out the best in my driving.”

“Ash (Seward) provides a quality service to his customers, he understands how to put together a racing program that is both economical and enjoyable.”

After finishing runner-up in Class B aboard a 997 Cup car in 2019, West Australian driver Andrew Goldie upgraded to a 991 Gen 1 in 2020. While the pandemic limited his opportunities to go racing, he still competed at Challenge Bathurst before racing in the Porsche PAYCE and Michelin Cup at Sandown in December, where he achieved a clean sweep of race wins in the Pro-Am class.

“The new car is beautiful to drive, very smooth and refined,” Goldie said.

“The paddle-shift gearbox makes the whole experience much more relaxed and I noticed the extra horsepower as well.

“After one of the Challenge Bathurst sessions, I got out of the car and told Ash it was the most fun I had ever had in a race car. To score a clean sweep at Sandown was fantastic, but I had to work hard for it – there is some high-quality opposition and the Pro-Am class will be very competitive this season.”

Joining McGregor and Goldie will be Terry Knowles, who will make his competitive circuit racing debut after completing some track days with the ASM team.

“When I first drove the Porsche, I was like a deer in headlights – it was surreal,” Knowles said.

“I had to learn the paddle shift system and acquaint myself with a left-hand-drive car, but Ross, Andrew and everyone else in the team have been very encouraging.”

“For my first year, the goal is to learn as much as possible finish all the races, challenge myself and above all, have fun.”