It’s been just over a month since Nicholas Ashwin made his Australian Prototype Series debut and with motorsport currently on hold, the Queenslander has had extra time to reflect on the round. 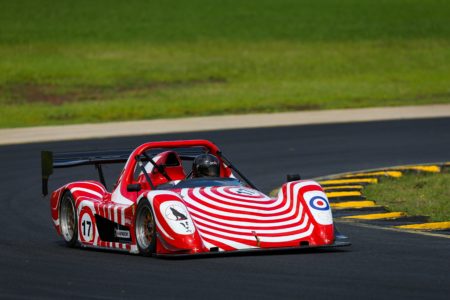 While the Sydney Motorsport Park round was his maiden circuit race, Ashwin had already accumulated years of motorsport experience, having competed in time attack challenges for more than 10 years prior, as well as running a motorsport engineering business.

As expected, the racing environment was a change of pace compared to what Ashwin was used to.

“It was definitely what I expected and I had a ball doing it,” Ashwin said.

“It was the first time I competed in a national level circuit race, so I didn’t want to embarrass myself, which I don’t think I did. The car was terrific and I really enjoyed the racing.

“Having run in time attacks in the past practice because it’s about trying to get that perfect lap. Now in circuit racing, it’s about doing that consistently and producing good laps one after the other.

“Overall, I feel like the debut went smoothly as it was a track I knew well. I think for the next round, I may try and race a bit harder. In Sydney, my main focus was to get a feel for the way everyone was driving, which I did.”

During the season opener in Sydney, Ashwin’s first performance was solid, with the Radical SR3 driver qualifying and finishing the first race in ninth before securing fifth in the rain-affected second race.

Sharing a garage alongside Philip Andrawos and eventual round winner Michael Naguib, both of which had former round winner Mark Short as their engineer, Ashwin believed he was in good company throughout the weekend.

“Everyone was really friendly. There were a bunch of good people there and it was truly a breath of fresh air, which was excellent,” Ashwin added.

“The guys next to me in Phillip, Michael and Mark were really helpful. We shared tools together and had a few chats here and there, although I admit we were all pretty focused on what we were doing. Next time we race, I’ll look at building relationships with the others.

“The category is a really good environment. I knew what I was in for and it was great to get support, not just from the guys in the garage, but from everyone in general.”

As for the next round, Ashwin is looking forward to getting back out there and racing again.

“I am truly enthusiastic about getting down to the second round, that’s for sure,” Ashwin said.

“I am doing as much training as I can. Once the next round is announced, I will be physically ready. I am also doing as much laps on the sim as I can to prepare myself to produce the best performance possible.

“Racing is a very expensive hobby for me so I want to make sure I maximise the opportunity. The car is ready to go so as soon as there is a race, I will be ready.”