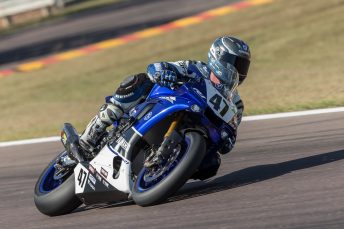 The country’s best road racers and their teams will commence Official Testing at Morgan Park Raceway, Warwick, Queensland, ahead of what will be an electrifying Round 5 of the 2017 Yamaha Motor Finance Australian Superbike Championship presented by Motul Pirelli (ASBK), taking place 9 – 10 August.

A significant pool of riders from the Yamaha Motorcycle Insurance Superbike, Motul Supersport, Hi-Tec Batteries Supersport 300 and YMF R3 Cup will be in attendance at the Official ASBK Test. The major factory teams and top riders will take to the track to gain as much knowledge as possible.

Official ASBK Tests allow riders and teams precious track time and data acquisition, as riders reacquaint themselves with tracks that they may be unfamiliar with or are wanting to pre-run new bikes and parts on before an ASBK Round begins. Official ASBK Tests are just that, an Official Test. This means there is full race timing from Computime, the full Pirelli workshop, media, race marshals & officials – all the trimmings and hallmarks of a full-blown race weekend, without the racing.

Numerous riders from multiple ASBK Championship classes will take to the track, attempting to post quick lap times, make crucial setup changes and run race simulations before the next round at the very same track on 25 – 27 August.

Morgan Park is a ‘real rider’s track’ which should sort the men from the boys and the women from the girls, with plenty of high speed sections and tight corner sequences that require skill and confidence to hunt down quick lap times. Initial forecasts are indicating excellent weather for the two-day Official ASBK Test at Morgan Park Raceway.

With the 7 Round 2017 ASBK passing the halfway point, riders will want to find a competitive working base setup to bring into Round 5. Make sure you stay tuned for all the breaking news from the Official ASBK Test via all the usual ASBK media channels via Live Timing which can be accessed on ASBK website, from the live timing tab over the two days, providing the breakdown as to who is on the pace!

Don’t forget to tag your pictures and posts with #ASBK and #ASBK2017 so you can share all of the exciting action from this years’ series.

ASBK Live Timing can be accessed on asbk.com.au via the live timing tab