ASBK highlights to be shown on Fox Sports

ASBK highlights to be shown on Fox Sports 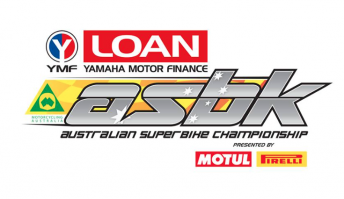 MEDIA RELEASE: The third round of the 2015 Yamaha Motor Finance ASBK Championship presented by Motul Pirelli is set to hit the television screens, with a comprehensive highlights show to air on Fox Sports 5 multiple times next week.

In what has been described as one of the best ASBK events over the past few years, you can re-live all of the action – both on and off the track, in a two hour show.

The times for the airing of the program are as follows:

Fans will be able to see the best of the weekend’s racing action, as well as interviews, behind-the-scenes footage and more in a jam-packed two-hour program.

Close to 100,000 viewers have watched the opening two rounds of action on television.

For those wishing to re-live all of the action from the opening round of this year’s championship, head to our YouTube channel by clicking HERE.