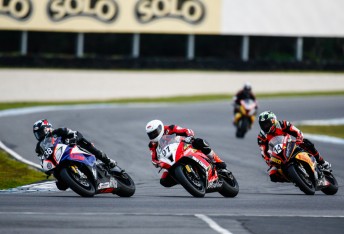 The pinnacle event of Australian Road Racing is undergoing some pivotal changes for 2015. The Australian Championship has a strong history of producing competitive riders and exciting competition in Australia’s domestic Road Racing scene and this past success will be the foundation MA will build on for future years.

The ASBK Championship will be centrally managed by MA and incorporate 4-5 Rounds in multiple states across the country. MA plans to include South Australia in 2016 with options in Tasmania and Northern Territory also being considered beyond 2015.

MA will co-promote each round with a club in each of the states that the Championship will visit.

Racesafe will continue to provide World Class medical care at the ASBK, ensuring the level of competitor safety and care at the event continues to be the very best available.

The 2015 ASBK will kick-off at the World Superbike Championship at Phillip Island 20-22 February for limited classes.

Classes and rules will be confirmed in the coming weeks in addition to announcements with further championship details.