Armstrong positive ahead of latest WSK kart series round in Italy

Armstrong positive ahead of latest WSK kart series round in Italy 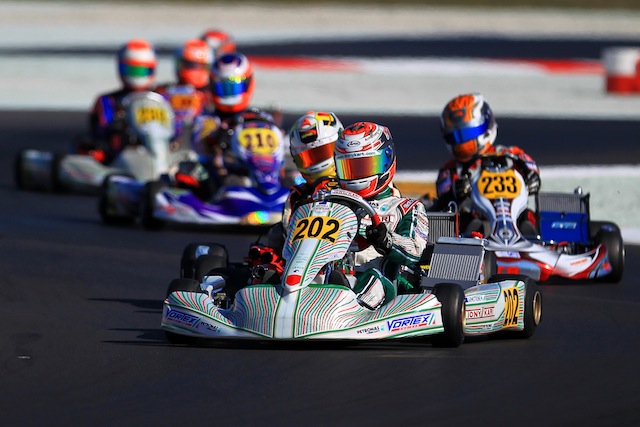 Kiwi kart ace Marcus Armstrong is positive ahead of his next big kart race meeting in Italy, the third round of the 2015 WSK Super Master Series at Muro Leccese this weekend.

The 14-year-old works Tony Kart team driver was quick but lost fourth place in the Final due to a penalty at the second round of the series last month and has been busy since testing with this weekend’s meeting in mind.

“As always I’m setting my goals high (this weekend) but it’s reassuring knowing that we were very fast here at the beginning of the year so I think the team’s knowledge is definitely good at this circuit,” he said this morning.

“We’ve also done a lot of work since the last race, testing and training hard so all in all I’m feeling very positive ahead of the weekend.”

The meeting has attracted 190 entries over four classes.

In the KF class which Armstrong competes in the battle for the lead is between Poland’s Karol Basz who drives for the Kosmic team, and Armstrong’s Tony Kart teammate, Nicklas Nielsen from Denmark.

After winning the Final at the third Super Master Series round at Pavia last month Basz leads the series points standings from Nielsen with just two rounds to go.

After this weekend’s round at the La Conca circuit at Muro Leccese there is a two-week break until the final at the Sarno circuit near Naples between April 23 & 26.