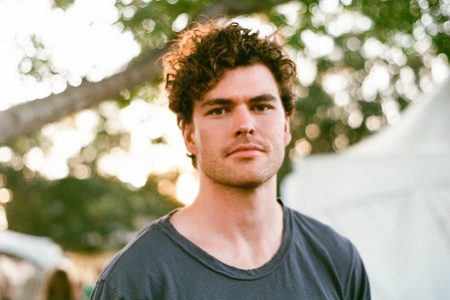 Both Vance Joy and Amy Shark will head to Adelaide in March for a special one-off performance for fans at the event.

Minister for Trade, Tourism and Investment, David Ridgway, said he was thrilled Vance Joy and Amy Shark would be adding their star power to an already impressive line-up of off-track entertainment.

“Both Vance Joy and Amy Shark are incredible Australian artists with a legion of fans who, no doubt, will be eager to see them live on stage at the 2019 Superloop Adelaide 500,” said Minister Ridgway.

“We are planning four days of unforgettable entertainment for fans, both on and off the track – this event is certainly not to be missed.”

Vance Joy, whose latest album Nation Of Two picked up the ARIA Award for Best Adult Contemporary Album last month, is no stranger to major events, having performed for millions of fans around the world since his smash hit Riptide established him as a global sensation in 2013.

Vance Joy said he is excited to light up the stage for fans in Adelaide for the Friday night post-race concert.

“I love playing in Adelaide, it’s always a great energy from the crowd, so I’m looking forward to coming back and playing such a big event as Superloop Adelaide 500,” he said.

Amy Shark, who won three ARIA awards last month including Best Pop Release and Best Female Artist, will take to the stage before Vance Joy, playing some of her biggest hits from the 2018 ARIA Award winning Album of the Year, Love Monster.

“I’ve heard great things about the Superloop Adelaide 500 and can’t wait to come back to Adelaide,” she said.

“It’s awesome to be able to do that as part of this event after I’ve had such an amazing response there with my own shows.”

Vance Joy and Amy Shark are the next big names to be added to the enviable line-up of music acts on stage at the Superloop Adelaide 500 in 2019.

All three nights will feature Bands On Track artists opening for the headliners as part of the celebrated collaboration between Music SA and the Superloop Adelaide 500, which supports up and coming local musicians.

Tickets for the 2019 Superloop Adelaide 500 are now on sale.