Whilst there remain some uncertainties and a lack of clarity with regard to future restrictions and requirements in the recovery from the Covid-19 pandemic, the 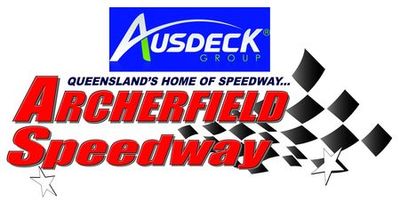 management team at Ausdeck Archerfield Speedway are forging ahead with their plans for the 2020/2021 racing season, having finalised a typically hectic, and variety-packed, schedule of events. Launching with a two-night spectacular on October 3/4, the season will comprise 29 nights of competition including another exclusive residency (international travel restrictions permitting) from World of Outlaws superstar Donny Schatz, along with several state, national and track championship events.

Having had the 2019/2020 Queensland Sprintcar Championship curtailed by the nationwide quarantine, this prestigious event will now launch the new season as a two-night spectacular on October 3 and 4. The huge support program over the two nights of action will feature Midgets, Formula 500s, AMCA Nationals, Lightning Sprints, Compact Speedcars, Wingless Sprints, RSA Sedans, Microsprints Formula 500 Juniors, Monster Trucks and Fireworks and, with the extended break from racing expected to have competition-starved teams ready to hit the track in big numbers, this promises to be one of the biggest season-opening events in recent memory.

Sprintcars will make 21 appearances throughout the season, including three nights of World Series Championship action that will hopefully see Schatz on track in a bid to emulate his dominant display from last season. The opening WSS event will be staged on January 3, followed by the Australian Sprintcar Open over two nights on January 8 and 9. Kicking off his tour on Boxing Night (December 26), Schatz is scheduled to make six appearances at Archerfield and, rest assured, every avenue will be explored in ensuring that the 10-times World of Outlaws champion is able to make his way back to Australia once again. The Track Championship series will comprise 15 rounds of racing, with a round of the annual Easter Series also on the schedule for April 3.

An additional highlight for the coming season will be the staging of the Australian Dirt Modified Championship over two nights on January 23 and 24. On the same weekend, Legend Cars will be making a somewhat auspicious track debut as their first ever appearance at Archerfield will see them contesting their Australian Championship event. In addition to their pinnacle event, Dirt Modifieds will make several other appearances throughout the season, including the prestigious Paul Britten 44 Memorial, a race that always delivers as a terrific spectacle as the top guns surge from the rear of the field.

Midget competitors have again been given a great platform to showcase the spectacular racing for which they are renowned, with 11 shows slated between October and May, while Wingless Sprints, Formula 500s, Lightning Sprints, Compact Speedcars and Microsprints will also provide a feast of open wheel action regular appearances throughout the season. Last season saw the emergence of several new contenders in the Midget ranks who have no doubt taken maximum advantage of the extended off-season to fine-tune their preparations in readiness for a season that will inevitably be subject to additional protocols and regulatory oversight in a bid to ensure that events are safe for spectators and competitors, thus enabling the sport to prosper in a post-pandemic environment.

Tin top fans certainly haven’t been forgotten with Super Sedans, AMCA Nationals, Modified Sedans, Late Models, RSA Sedans, Junior Sedans, Open Sedans and Ford vs Holden vs Sigma sedans also included on the schedule. With a line-up that includes several of the most successful drivers in the history of the category, Super Sedans will make four appearances throughout the season, including two big double-header shows alongside Sprintcars (December 30) and Dirt Modifieds (April 10). Modified Sedans, meanwhile, will have a fantastic opportunity to showcase the intensity of their racing when they hit the track on January 3 supporting World Series Sprintcars.

Modlites also feature prominently on the schedule, with Stockcars also slated for regular appearances as they continue their efforts to rebuild category numbers and return to the argy-bargy action for which they were once synonymous. There will also be plenty of entertainment variety throughout the season, including two additional Monster Truck appearances on December 26 and May 1. Fireworks will light the sky on several occasions, and there will also be the carnage and chaos of the annual Caravan, Boat and Dunny Derby. The full schedule of events is detailed below, but is subject to change.

Whilst there is still a lot of work to be done in readiness for the re-commencement of racing, the confirmation of the 2020/2021 season schedule is a significant step in providing competitors with some certainty, and sufficient time, in their efforts to prepare equipment and lock in sponsors for the season ahead. Subject to Government approval, three pre-season practice events will be held on August 22, September 5 and September 19 before speedway racing roars back into life on October 3 and 4.