Archerfield Back in Action This Weekend

Archerfield Back in Action This Weekend 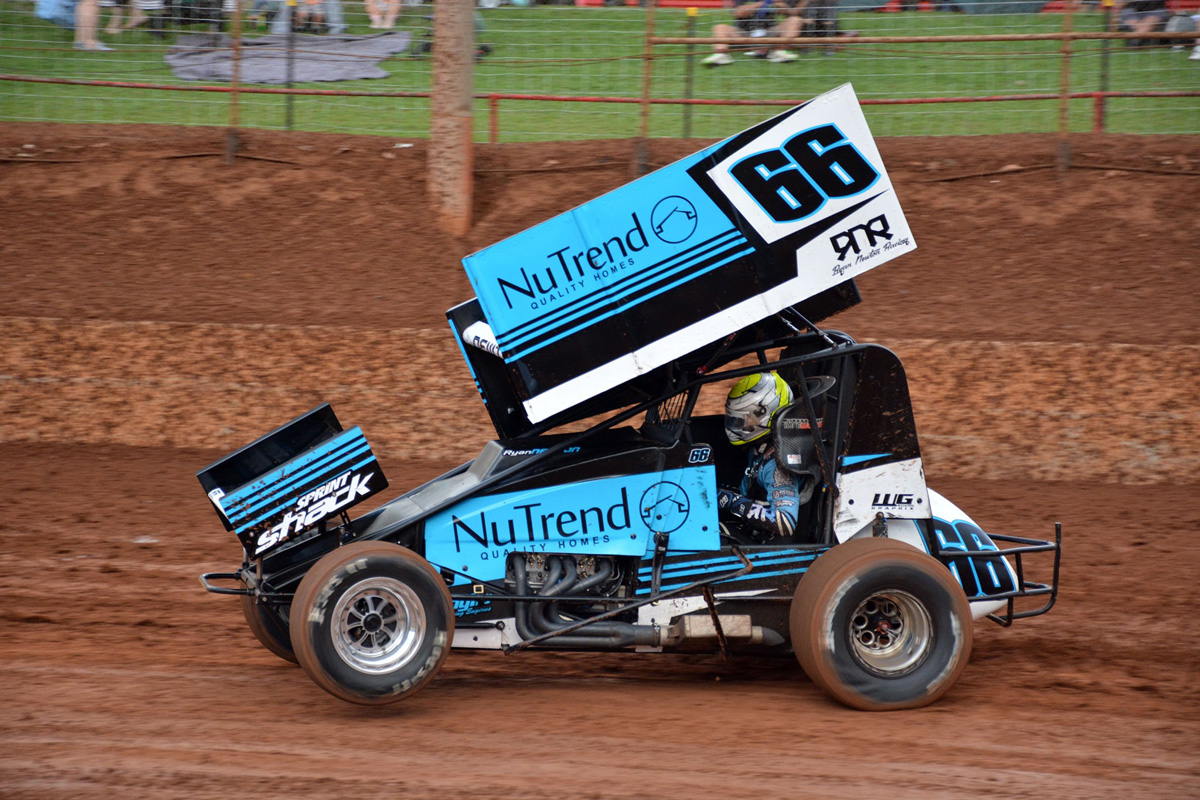 This Saturday night (March 19) at Archerfield Speedway, the East Coast Logistics Sprintcar Track Championship fires back into life for round 11 in the wake of an unprecedented month-long break in competition as a result of the devastating floods that inundated south-east Queensland and so much of the east coast. In fact, with the Archerfield complex completely under water as recently as two weeks ago, it is a remarkable effort from promoters John and Kathy Kelly to get the venue back into shape and ready for the resumption of racing while also staging a successful opening of the new Eastern Creek Speedway in Sydney last weekend. Given the lack of racing of late, it is not surprising to see a 40-strong Sprintcar field, along with another strong line-up of Midgets to contest round seven of the TFH Series. In fact, more than 100 competitors will hit the track, with AMCA Nationals, Compact Speedcars, Open/Outlaw Sedans and Formula 500 Juniors also on the program.

It will be very interesting to see which teams, if any, have used the break in competition to find a way of upstaging current series leader Luke Oldfield. Having dominated the series results with five wins from 10 rounds, Oldfield has finished on the podium on nine occasions in a remarkable run of success. In fact, of the 30 nominated competitors, nobody else in the field has won a round of the ECL series so far this season and only four have finished on the podium. Of these, Cody Maroske and former track champion Aaron Kelly are the only drivers to have done so on more than one occasion but, given Maroske has been absent from competition since before Christmas, it is Kelly with a third-place finish in the last completed round, coupled with a strong showing in Sydney last weekend that saw him running inside the top five until a fire forced him infield, who seems the man most likely to pose the biggest threat to Oldfield. Whilst Taylor Prosser and Tim Farrell have each made one appearance on the podium, neither has been able to produce the level of consistency necessary to suggest they can take the next step into victory lane, although if they have used the break in competition to their best advantage, they may well emerge with the right combination of attitude and application to upstage Oldfield, Kelly and the others.

With only one top-five result from half a dozen appearances in Queensland earlier in the season, South Australia’s Brock Hallett returns this weekend and will most certainly be looking to improve upon that record and join Jock Goodyer as the only interstate competitor/s to have won an ECL round this season. Meanwhile, Brent Kratzmann, Ryan McNamara, Jy Corbet, Karl Hoffmans, Bryan Mann and Adam Butler have all recorded top-five results in ECL feature races this season, with Kratzmann having done so on three occasions but, with none of them having been able to fight their way onto the podium, they will bring a mix of frustration and determination into their bid to achieve what has thus far remained tantalisingly out of reach. Add Ryan Newton into the mix, fresh from a terrific run in Sydney that saw him finish just outside the top ten in a 57-car field, and there are certainly plenty of drivers capable of causing Oldfield considerable consternation in his bid to retain his residency in victory lane.

Ten drivers will lock horns in round seven of the Petzyo Development Series, with Dan Moes the benchmark performer of recent rounds. Nicholas O’Keefe looms as a potential threat, with Erin Vanderreyden also a likely challenger if she can avoid the bad luck that so often seems to find her. Libby Ellis will no doubt prove a crowd favourite once again, while Jared Desmares is making the long haul from far north Queensland to make his series debut.

As has been the case at every event thus far, round seven of the TFH Midget Series is shaping as a wide open affair with the potential winners aplenty. Michael Kendall is the only driver to have scored multiple feature race wins so far this season and he also emerged as the best placed local in the Australian Championship staged at Archerfield in January, finishing in fourth spot. Others to have visited victory lane this season who are in the field for Saturday night include Rusty Whittaker and Charlie Brown, the latter having also accumulated eight heat race wins, twice as many as his nearest rival. Unfortunately for Brown though, the speed he has produced at each round to dominate the heat racing has been tempered by misfortunes and mechanical failures that have taken him out of feature race calculations on multiple occasions, often whilst very much in contention for a win. The fact that heavy hitters such as Darren Vine, Brock Dean and Scott Farmer are yet to visit victory lane in TFH series competition this season, along with the emergence of Casey O’Connell and Dylan Menz as serious contenders each week, all but guarantees another spectacular display from the mighty Midgets.

The field for round nine of the Shock Absorber Therapy AMCA Nationals Track Championship will be headlined by newly-crowned Australian Champion Steve Price, who clinched the title in Mildura last weekend. Anybody who has witnessed the local AMCA National racing in recent seasons would know that Queensland has the toughest competition and the best drivers and, as such, it was no surprise to see that four Archerfield regulars finished inside the top five in the Australian Championship feature in Mildura last weekend. Former national titleholder Matt Hardy finished third behind Price, with track championship rivals Steve Potts and Bruce Marshall finishing fourth and fifth respectively. No doubt still buoyed by his championship success and looking to continue his winning ways on home soil, Price will be determined to again have Marshall et al unable to keep pace.

Gates open at 3.00pm for online ticketholders, with general admission ticket sales from 4.00pm. Early racing commences at 4.30pm and the main program, which will also feature Compact Speedcars, Open A/Outlaw Sedans and Formula 500 Juniors, gets underway from 6.00pm.