Arbery looks for six-straight in Portland

Arbery looks for six-straight in Portland 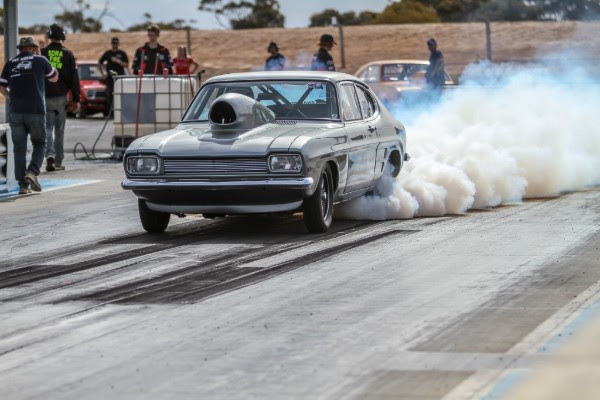 If Jason Arbery can race to the Top Sportsman finals at South Coast Raceway’s South Coast Nationals event next weekend (November 10 and 11), it will make six straight finals’ appearances for the reigning champion and John Storm Memorial Award holder.

In addition to going to the finals at the final two rounds of last season, Arbery has made the finals at every event held so far during the current 18/19 Summit Racing Equipment Sportsman Series season. In the process, he has this season already taken home two wins and a runner-up result to currently be on maximum points in the Top Sportsman rankings with six rounds remaining in the title chase.

“The season has started extremely well and I could not be happier with two wins and a runner-up from the first three events,” Arbery said.

“I was hoping for a strong season to have a shot at the title again and we are now in that position early which takes the pressure off that is for sure.

“With the level of competition in Top Sportsman like it is, if you fall behind it will be extremely tough to get back up again to gather some points – there are many quality racers in our bracket and a few more to come out soon so I’m glad that I don’t have to think about points now.

“I’ll hit the next few meetings as hard as I can in preparation for the Grand Final and then I guess what will be, will be!”

While he is in a great position so far, when it comes to predicting back-to-back championships, Arbery is cautious.

“Going back to back would be very special but it’s something I don’t want to think about too much as it just adds pressure,” Arbery said.

“I just go into each meeting pretty much with the same attitude and objectives each time, which is to do the best I can and enjoy myself. But if it happens, I’ll be the happiest bloke around!”

When it comes to the venue for next weekend’s South Coast Nationals, Arbery is a strong supporter of the Portland venue.

“Portland has always been a favourite of mine for a lot of reasons – it is always well run by great people and it is a great track combined with great air which makes it perfect for us. You would be looking very hard to find a better place to race your car and bring the family that’s for sure!” Arbery said.

“I can’t wait to get back in the car for the South Coast Nats, with the event being only an hour from home it’s a lot easier to be relaxed without so much travel and having my wife and kids cheer me on from the sideline is something I really look forward to!

“My thanks goes to the track for putting on what I am sure will be a great event, and as always I have to send a big shout out to my crew who come throughout the year and to our sponsors who help us get to these events all around the country: Komatsu Forest, Trident Tyre Centre, Hyland Fox Signs, Shannons Insurance and RaceKrome Ceramic Coatings.”

The South Coast Nationals, round four of the 18/19 Summit Racing Equipment Sportsman Series, will be held at Portland’s South Coast Raceway in Victoria across Saturday 10 and Sunday 11 November, 2018.

More than 165 entrants have signed-up to the event. For full event information, visit www.southcoastraceway.com.au or visit www.andra.com.au