APC racing team gets behind Buy a Bale this weekend

APC racing team gets behind Buy a Bale this weekend 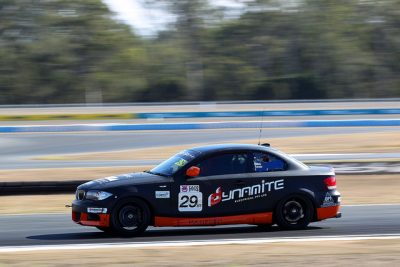 Round three of the Jacuzzi Spas Australian Production Cars this weekend (Winton Motor Raceway, August 31-September 2) will see Fierce Racing donating to Buy a Bale thanks to the generous support of its sponsoring partners and drivers.

The team’s major sponsor, Dynamite Electrical, will give Fierce Racing $100 for Buy a Bale for each lap lead by the #29 ‘in class’ over the two x two-hour races scheduled for the weekend, while OPT Traffic Services, Mainpoint Advisory and Manta Restaurant Woolloomooloo have each pledged an additional $50 each per lap lead in class. In addition, Dynamic Electrical has also pledged the bonus payments for a class round podium position for both the #29 and the #38.

Fierce Racing driver and team principal Scott Turner said he was proud to announce the special arrangement in support of Australia’s farmers for this weekend.

“Australia needs its farmers, and as they continue to struggle with the effects of drought, we knew we had to do something,” Turner said.

“We are so pleased that together with the support of some valued sponsors, we have been able to put together this deal for this weekend to see $250 donated to Buy a Bale for every lap we lead in class this weekend – with four hours and around 120 to 140 laps of racing to unfold over the two days, there are a lot of laps up for grabs!

“The bonus payments are also just fantastic, and we have to thank Dynamic Electrical for that very generous offer.

“To have OPT Traffic Solutions joining my business Mainpoint Advisory and my co-driver Rob Rubis’ business, Manta Restaurant, in this initiative also is something we are very thankful for, and we hope we can make a bit of a difference this weekend.

“As the rains start to return bit by bit, the worry is that people don’t think that the support is needed as much anymore when the truth is, it is needed more than ever as the effects of this situation are far reaching and will take more than some drops of rain to fix. We hope more people will join us in supporting Buy a Bale at this critical time for our Aussie farmers.”

Round three of the 2018 Jacuzzi Spas APC will be held at Winton Motor Raceway across August 31 to September 2, featuring two x two-hour races across the weekend.