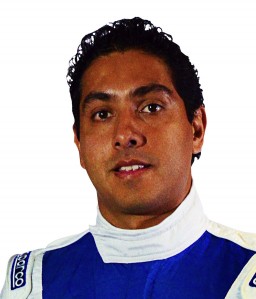 Amlin Aguri has confirmed its driver line-up for the first European Formula E race in Monte Carlo, Monaco, with António Félix da Costa and Salvador Duran continuing their partnership in the seventh race of the Formula E championship on 9 May 2015.

Félix da Costa finished seventh at Long Beach, California, maintaining his position from the starting grid after his highest qualifying position so far this season. After a reassuring display he’s optimistic about his chances in Monaco, a circuit he knows well having previously topped the podium there.

“Monaco has been a magical and glamorous place for racing for many years, and it’s great that I get to be part of the first Formula E race in Monte Carlo,” says Félix da Costa. “I was on the podium in 2012 so I’m so looking forward to pushing hard and winning at the Monaco ePrix.”

Duran’s previous race in California ended abruptly when the front of his car was clipped by another driver shortly after his mid-race pit stop, but he remains confident about his prospects for Monaco.

“Monaco is one of my favourite circuits where I have experienced a podium finish,” says Duran. “It is challenging but it has been there for so many years that every race car driver knows or has studied it.”

The team are particularly excited to have the advice of Aguri Suzuki, Amlin Aguri’s executive chairman and a seasoned veteran of Monte Carlo Grands Prix, and combining his experience with the team’s increasing data bank puts them in a great position.

“We’re always learning and Long Beach was no exception,” says Duran. “Every outing we have gives us more opportunity to get data and learn about the handling of the car.”

“Amlin Aguri did a reasonable job in America, but nowhere near what we all wanted,” says Preston. “We proved we had the pace to get on the podium, certainly with António.

“Both Salvador and António have been on the podium before in Monaco, and we’ve certainly got a good chance.”

Fans once again have the opportunity to vote for the Amlin Aguri drivers with #Fanboost and give extra power to the cars during the race. Follow @Amlin_Aguri for live updates and news.