Another Super Season Set for Archerfield

Another Super Season Set for Archerfield 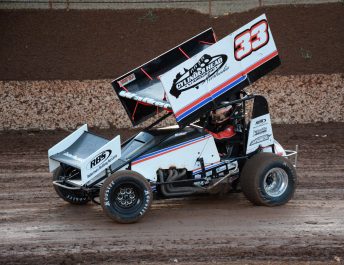 With winter having settled in across the Brisbane region, the countdown begins for the start of a new season of competition at Ausdeck Patios Archerfield Speedway. Once again, Queensland’s premier speedway venue has a massive season scheduled for 2017/2018, with variety aplenty and a slew of big events for various racing categories across more than 30 nights of racing between September and March.

Sprintcars again dominate the schedule, which kicks off on September 16, with the season-long East Coast Logistics Track Championship, in addition to the Queensland Championship and two rounds of World Series Sprintcars, which looks set to bring a very strong field of contenders to take on Brisbane’s best. In Track Championship action, Luke Oldfield will be out to defend the title he secured last season in remarkable circumstances, clinching the crown in the final round after a captivating season-long duel with Andrew Scheuerle. Having won 10 feature races last season, Oldfield faces a big challenge to replicate that success and his championship defence and, given the emergence of so many talented young drivers over the last couple of seasons, the level of competition each week is unprecedented. The teenaged trio of Mitchell Gee, Lachlan McHugh and Callum Walker have firmly established themselves as feature race contenders every time they hit the track, pushing their more experienced rivals to raise the bar in their pursuit of championship success. Can Oldfield go back to back? Will Scheuerle reclaim the crown? Perhaps it will be Bryan Mann or Brent Kratzmann or Peter Lack who emerge with the title, but with so much racing to come, the only certainty is that the competition will be intense.

Adding a further challenge to proceedings is the return of World of Outlaws superstar Donny Schatz for another exclusive Archerfield campaign. Schatz loves racing in Brisbane and he will contest six nights of racing during the international season. His first appearance will be on Boxing Night (December 26), with subsequent shows on December 30, January 1 and the World Series event on January 3 before wrapping up his tour at the WSS Australian Open over two nights on January 5 and 6 where he will be chasing his ninth win in the $20 000-to-win feature race. Having finished second behind Australian champion Kerry Madsen last season, Schatz will be fired up to have his name etched into the Australian Open trophy once again.

The East Coast Logistics Sprintcar Track Championship will get underway on September 16 as part of a huge season-opening show that will also feature Monster Trucks, Fireworks and the opening round of the Midget Track Championship, plus Formula 500s and Compact Speedcars. Round two will be decided on October 7, with another 14 rounds of racing prior to the championship finale on May 26. Archerfield will again host a round of the Easter Triple Challenge on March 31, with the Queensland Sprintcar Championship to be decided over two nights on May 5 and 6 in what will result in more than 20 nights of Sprintcar racing over the course of the season.

Growing stronger with each season as a result of the level of competition in their Archerfield Track Championship, the mighty Midgets will be back out in force in 2017/2018, looking to capitalise on the growth they have experienced in recent seasons with the addition of new drivers into their ranks. A three-way battle for series honours last season between Troy Ware, Brock Dean and Rusty Whittaker fell in favour of the latter and the 2017/2018 championship will comprise 10 rounds. The track will again host the only Queensland round of the World Midget Championship on January 19/20, an event won last season in brilliant fashion by Rico Abreu over compatriot Brady Bacon, with the annual 50-lap event also on the schedule once again.

Perhaps the fastest growing division of all at the moment is the Formula 500s and if last season is any indication of what we can expect, they are going to deliver something very special. Blessed with a pool of precociously talented drivers piloting immaculately presented race cars that generate some serious speed, these guys and girls are proof positive of the benefits of regular competition on the Archerfield clay and with 13 shows scheduled next season, expect to see further growth and even more action. Of course, the stars of the future in the Formula 500 Juniors will also feature regularly throughout the season.

Compact Speedcars and AMCA Nationals have also wisely opted to do the bulk of their racing at Archerfield once again next season and both categories will contest more a dozen shows. The Compacts will run 12 rounds of their club pointscore series, while AMCA competitors will contest an 11-round track championship and their Queensland Championship event, which will also be decided on May 6.

A round of the Super Sedan Summer Slam Tour has been confirmed for December 30, with Super Sedans also scheduled for December 2, while Dirt Modifieds will make four appearances. Also featuring prominently on the schedule are Lightning Sprints, Modlites and Wingless Sprints, with Late Models and Microsprints also slated for a handful of shows. Street Stocks will make an early season return to run the Queensland Championship event washed out last season, while Open Sedans and the Ford v Holden v Sigma Sedans will again provide great support before finishing the season with their own championship events.