Another fantastic speedway night at Rushworth completed, with new winners

Another fantastic speedway night at Rushworth completed, with new winners 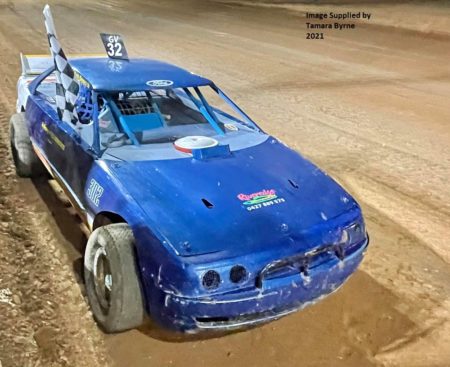 Victorian Speedway Council Sports Sedans once again competed at Rushworth with members of the club having registered in the class in larger numbers this season. Tristan McGraw made a sensational start to the night by making a last lap pace on jay Nicolaisen after he led all the way up until that point to win the first heat. From there on it was Nicolaisen all the way as he won heat two, three and a pole shuffle before winning the feature event from Mick Rizzoli, McGraw, Jaiden McCann, and Marc Hanson. Rizzoli made a second last lap pass to move into second ahead of McGraw.

The Grand Prix Midgets kindly offered to join the club for some racing for a non-points event for them and Ash Booker had a great night out winning all three heat races before leading all the way in the final to finish ahead of Travis Florrimell and Alex Myers.

Andrew Ahearn won once again in the Production Sedans after leading all the way with Shane Hutchins in second from lap two onwards in the final, Jye Sanders was third, Jason Ahearn finished fourth and Geoff Lee finished in fifth.

Keith Simmonds won all three heats in Goulburn Valley Open Saloons leading all accept one lap. He Then led the final all the way and whilst he won on track in front of Andrew Ahearn who was a Production Sedan joining the field, the official results of the Open Saloons were Simmonds from Wayne Gilsenan, Scott Smith, Matt Smith and Warren Alexander in fifth.

Jack Houlahan won three heats then the final for the Junior Sedans finishing in front of Caleb Simmonds, they were the only two Juniors to finish.

Three Ladies won heats in the Ladies Saloons with Nicole Gapes, Chelsea Hodge, and Rhiannon Alexander all winners before Alexander won the final when she led all the way to finish ahead of Nicole Gapes, whilst no other competitor finished.