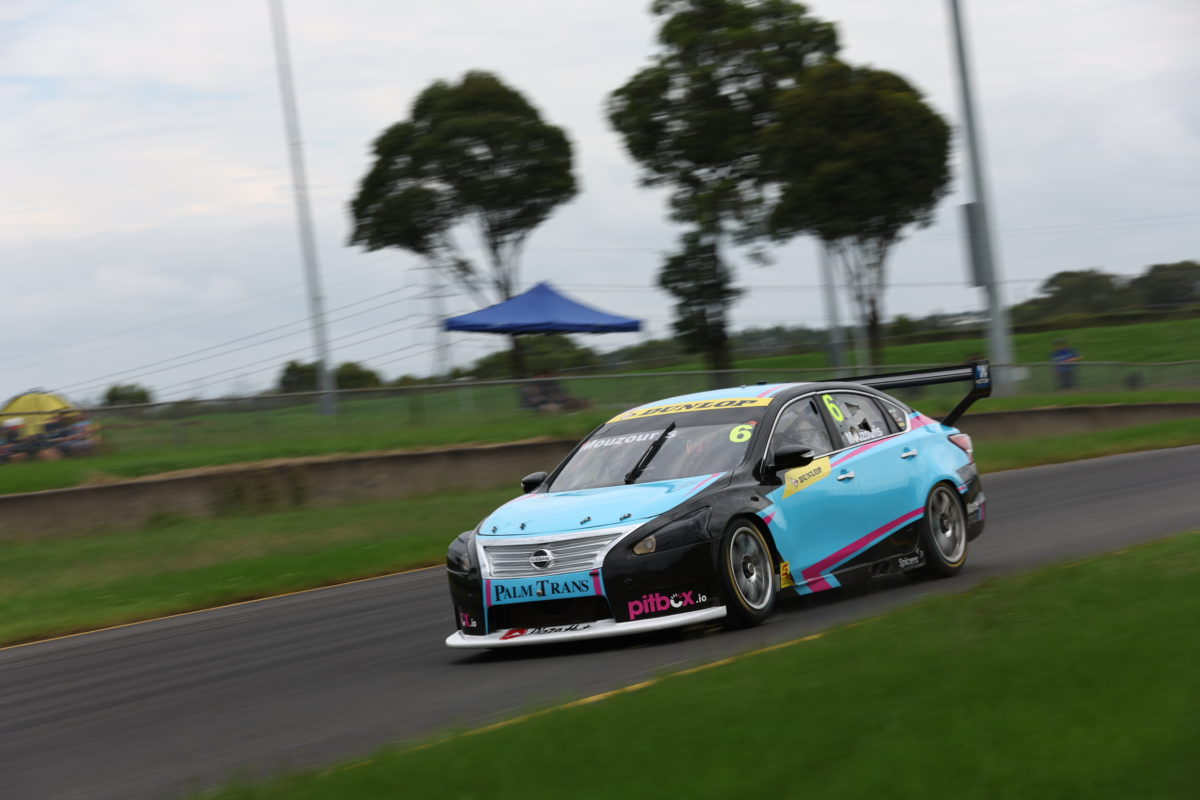 It was a tough initiation for Angelo Mouzouris as he entered his third Dunlop Super2 Series season, but his first with team MW Motorsport and the Nissan Altima.

It proved to be a challenging weekend as the recent weather conditions lashing the eastern seaboard of Australia, hitting Sydney Motorsport Park on multiple occasions during the weekend.

Mouzouris tested prior to the opening round at Winton to adapt to the different characteristics of the Nissan Altima, compared to his previous Holden VF Commodore.

Through the two practice sessions, Mouzouris made progress as he finished 10th and 13th ahead of qualifying on Saturday morning.

However, Mouzouris failed to set a lap time in qualifying leaving plenty of work to do in Race 1 as he started back in 31st as red flags hampered his run.

What followed was a superb charge through the field to climb to 13th at the conclusion.

This momentum carried into qualifying for the second and final race on Sunday as he missed scoring his second Dunlop Super2 Series pole position by 0.1532s, but started on the front-row nonetheless.

After a solid start left Mouzouris positioned well in third entering Turn 1, contact was made at the next corner forcing the MW Motorsport Altima to pit for damage and with repairs dropping the entry down a lap as the team elected to retire.

Round 2 of the Dunlop Super2 Series will take place at Wanneroo, Western Australia in support of the Bunnings Trade Perth SuperNight on April 30-May 1.

Before then, Mouzouris will make his Porsche Carrera Cup debut, driving for Sonic Motor Racing Services, at the Albert Park circuit, supporting the Formula 1 Australian Grand Prix next month.

“It was my first weekend with MW Motorsport, and I couldn’t be happier with the team. The whole crew is great, the car was super fast, but in the end, we just didn’t get it right unfortunately,” said Mouzouris.

“Saturday got off on the wrong foot. I didn’t do a lap in qualifying due to my own mistake by running off the track and getting a kerb strike, so we had to start at the rear of the field.

“We made our way up to 13th in the race and I only had about 10 laps due to the safety car, so we did pretty good there.

“Today we qualified really well, finishing P2, and I actually got baulked on our quickest lap by a Super3 car. We could have gone one better, but it is what it is.

“In Race 2, I stuffed up at Turn 2, ran a bit deep and tagged Cam Hill to unfortunately retire due to a mechanical failure in the front-right.

“Overall, there was a lot to take away, but too many mistakes and hopefully going to Perth we can show our true speed.”