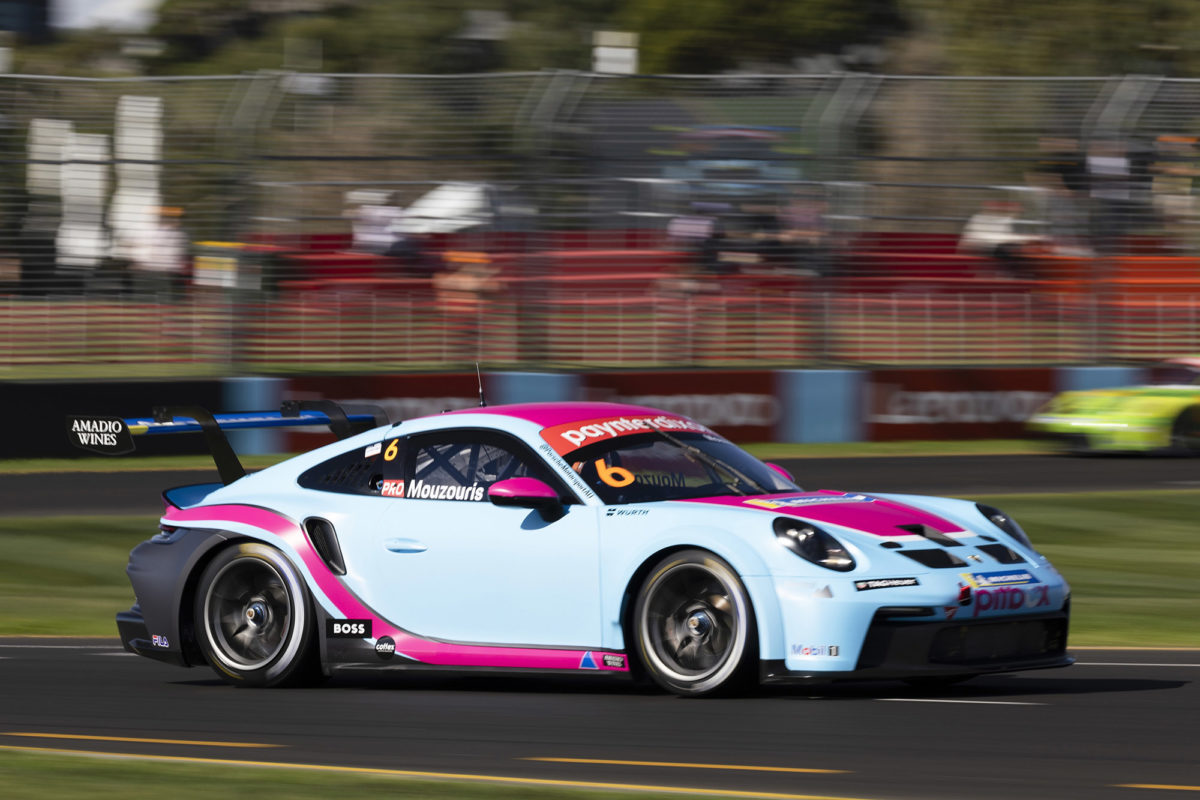 Following a solid testing program, Mouzouris entered the opening round as support to the Formula 1 Heineken Australian Grand Prix well prepared and demonstrated this by qualifying ninth out of 31 entries in the largest field of Paynter Dixon Porsche Carrera Cup Australia Championship entries.

Reuniting again with Sonic Motor Racing Services for the first time since he won the Australian Formula Ford Series with the team back in 2019, Mouzouris maturely drove to kick off his account with fourth.

Still getting accustomed to the different characteristics of the new Porsche 991 GT3 Cup Car (Type 992), a slow jump off the line didn’t hamper his progress too much as Mouzouris finished seventh in the second race in what was a spectacular twilight setting.

However, the weekend fell away from there after contact in Race 3 at the opening corner after two competitors contacted Mouzouris and spun him into the sand trap. This dropped him to the back of the field. A late charge progressed him to 19th in the end.

There was no luck for Mouzouris in the final race either as another incident brought a premature end to his weekend, however he leaves Albert Park with the confidence of knowing the pace is there to race at the front.

Mouzouris leaves the opening round 10th in the standings as the Paynter Dixon Porsche Carrera Cup Australia Championship moves to Winton for Round 2 on May 21-22, however his focus turns to the second weekend of Dunlop Super2 in Perth on April 30-May 1.

“We were really quick, but unfortunately we couldn’t put it together,” said Mouzouris.

“It was my first time here and my quali was actually my practice as we had some electronic problems, but I qualified P9 and moved up to P4.

“Due to lack of experience, I had a bad start in the second and fell back to as far as 10th, but I climbed back to seventh.

“On Saturday, I had a great start to be fifth into Turn 1 until I got drilled by two drivers and Race 4 was an absolute mess. I tried to stick it up the inside, but he ran over the astroturf and I had nowhere to go. I had to turn because it was either me hitting him or me in the fence.

“It was an eye opening experience, I learnt a lot and it’s good to see we’re fast in both Carrera Cup and Super2.”