An evening with Jim Redman MBE

An evening with Jim Redman MBE 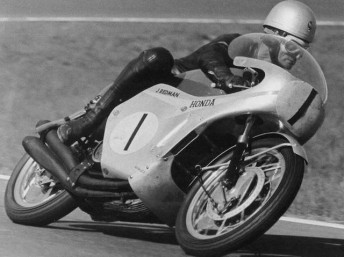 MEDIA RELEASE: On Saturday, 3rd October, Jim Redman MBE, six times World Champion and six times Isle of Man TT winner, will be the guest speaker at an evening held in the Lecture Theatre of the NMMT Collections Centre at Beaulieu.

Named the ‘World’s Greatest Motorcycle Racer’ by many, Jim Redman started his racing career as a Honda factory rider in 1960.

One of GP’s most extraordinary racers and a true legend of motorcycle racing, Jim was awarded his MBE in 1964, the year in which he became the first rider in history to win three Grand Prix in a single day – a feat to this day, matched only by Jim’s closest friend, Mike Hailwood.

He was the first to ride the Honda Six and his success with the bike made the combination of the two unanimous as an unstoppable force in motorcycle racing. He still holds the world record for the most World Championships for Honda.

Following the crash at the 1966 Belgian Grand Prix that ended his career, Jim went on to enjoy huge success in other business ventures until, in 1995, he won the Daytona Speedway race at the age of 63, once again taking up a career in racing as a classic racer and demonstration rider.

Jim’s talk will begin at 7.30pm; before, the Museum will open from 6.00pm for a private viewing at no extra charge. Tickets at £10 (with all profits going to the National Motor Museum Trust) are available from Theresa Browning on 01590 614792,