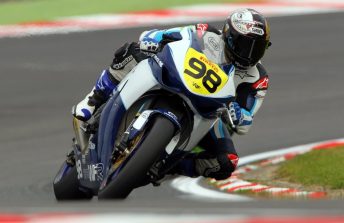 The final pieces have fallen into place for the 25th AMCN International Island Classic at the Phillip Island Grand Prix Circuit on the Australia Day long weekend (January 26-28), with America and New Zealand naming their teams for the showpiece MV Agusta International Challenge event.

America, in particular, has signalled that it’s not going to be an easy beat in 2018, with not only WorldSBK and MotoGP superstar Colin Edwards joining the team, but AMA stars Jason Pridmore and Jake Zemke are also making their debuts as well.

The addition of the highly rated trio adds even more intrigue into the International Challenge, with Australia also drafting in double WorldSBK champion Troy Corser to help out its cause, while defending champion United Kingdom has bolstered its ranks with some star British superbike and Isle of Man talent.

The United Kingdom won the 2017 International Challenge ahead of arch-rival Australia, Ireland, America and New Zealand.

Edwards, 43, hardly requires any introduction, with a stellar WorldSBK career producing two titles for the Texan followed by 12 years in MotoGP where he finished on the podium 12 times.

Edwards will ride a Suzuki XR69 in the International Challenge.

Zemke and Pridmore, who ae now both retired, may not have been global superstars in the Edwards ilk, but they did win AMA titles during a period when American domestic racing was extremely cut-throat.

Zemke twice finished third in the AMA superbike title, and it took riders the calibre of Aussie Mat Mladin and Ben Spies to beat him. Pridmore is also a world endurance champion.

Meanwhile, Dave Crussell, the talented Barrett Long and Aussie-based Robert Ruwoldt return from duty with the 2018 American International Challenge team, while the other new faces are Martin Morrison and Ed Haazer. Crussell also moonlights as the team captain.

The Island Classic will begin with qualifying and racing on Friday, January 26, followed by two full days of racing from 9:00am on Saturday and Sunday (January 27-28) on a massive variety of historic machines from pre-WW1 up to 1990.

Tickets are on sale at www.islandclassic.com.au.