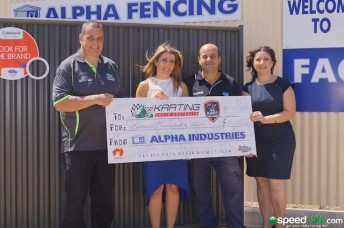 The partnership will see the South Australian company become the naming rights sponsor for the five-round SA Kart Championship.

“Alpha Industries have been a significant supporter of the sport in South Australia for a number of years and we’re delighted to be able to partner with them for the 2016 SA Kart Championship,” said Karting SA President Peter Fritz. 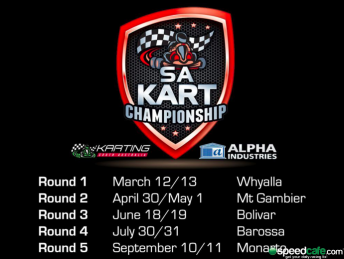 “Over the past few years the team at Alpha Industries have supported several of our clubs with various pieces of infrastructure and this new partnership takes their support to a new level.

“Karting South Australia is excited to announce a partnership for the SA Kart Championship that is a real ‘shot in the arm’ and testament to the upward direction that the sport is heading.”

A key element of the new partnership will see the largest television advertising campaign in Karting SA’s history undertaken with the upcoming events to be publicised on Network TEN along with the ONE and ELEVEN stations.

The opening round of the Alpha Industries SA Kart Championship will be contested at Whyalla’s Mount Young Raceway on March 12/13.