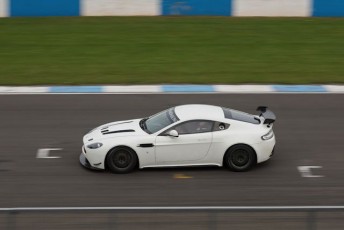 MEDIA RELEASE: Macmillan Racing LLP, created and founded by David Macmillan together with Richard Dencer and commercial partner Simon Sanderson, is set to campaign in this year’s British GT championship.

The ambitious new team is working with Aston Martin, running a Vantage GT4 in the series, with the aim of developing young driving and engineering talent.

Former Indy Lights winner and IndyCar racer Dillon Battistini will be helping with driver development. The British driver has already been testing and showing the project’s great potential.

Founder David Macmillan says, “Our focus is on the team to develop future motorsport talent. We have exciting plans in place, come join the ride as we work towards our Le Mans dream.”

All three team principals will be available at Autosport International at the NEC on Thursday and Friday, 14-15 January 2016. Richard Dencer is keen to hear from young drivers interested in the Macmillan Racing GT Ladder System.