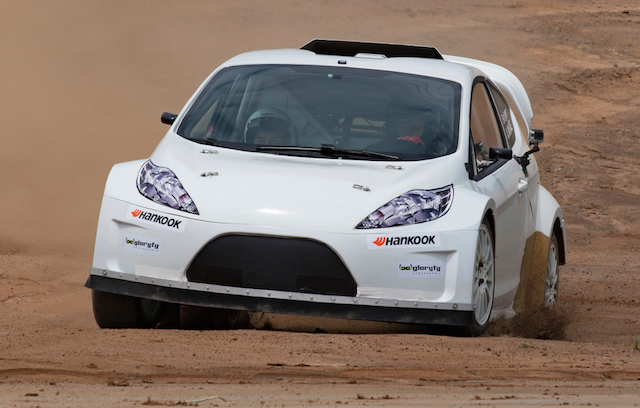 The talented go-kart racer has commenced an intensive testing program with McRae in preparation for his foray into the GRC Lites class, the official driver development class of Red Bull Global Rallycross.

Sean will be youngest ever entrant in the GRC Lites, and is planning on competing in select rounds of the 2016 series in preparation for a full season in 2017.

Under the watchful eye of McRae, Sean has already completed a number of tests here in Queensland and will next week, head to Western Australia to continue testing with the British Rally Champion.

McRae praised the 13-year olds commitment and ability, and said he was thrilled to be mentoring Sean in his journey to international success. 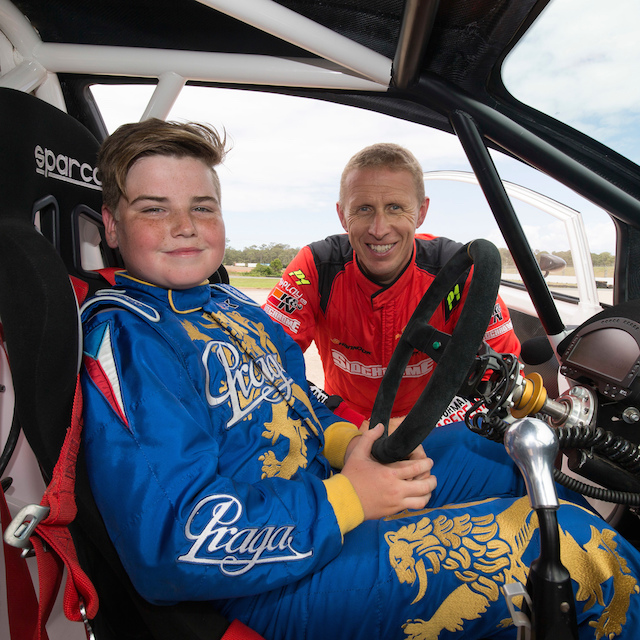 “He is a fantastic kid,” McRae said. “He has been racing go-karts from a very young age and obviously learned a lot from watching his dad (Robbie Bolger) drifting.

“It is a big jump going from karting to rallycross but it is a incredible opportunity and I am extremely impressed at how committed Sean is.

“When something like this comes up you have to jump at that chance and he is very lucky to have a family that will give him this opportunity.

“We have a solid program of testing planned for the next few months and I am really looking forward to mentoring and sharing my 25 years of racing experience with him,” McRae added.

For the past three years Bolger has been racing go-karts in both Australia and USA and said he excited to be given the opportunity to step up to the GRC Lites class.

“It is an awesome opportunity and I will certainly be making the most of it,” Bolger said

“I can’t thank Mum and Dad enough and having Alister in my corner is a dream come true he is so cool to work with.

“We have a lot of work to do to get ready for the first race but I am excited and I am really looking forward to getting back in the car next week,” he continued.

Sean’s mother Claire Sharkey said she was extremely proud of her son’s determination and drive, to follow his dream.

“Sean is an extremely humbled child,” said Sharkey. “He is always so grateful for every opportunity he is given and always so thankful to everyone who puts in the time to help him.”

Sean and Alister will test in Queensland and Western Australia before heading to Norway in January for a rigorous testing program on the frozen ice lakes.