Alexandra Speedway to fire up Murrindindi Shire this Saturday night

Alexandra Speedway to fire up Murrindindi Shire this Saturday night 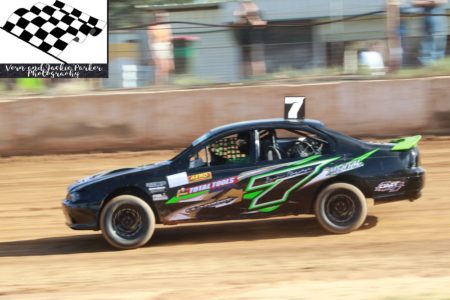 This Saturday night Alexandra Speedway kicks of their season with a feature night for Junior Sedan racing supported by ‘High Country Cranes’ with the Speedway Sedan Australia (up to 1500cc) Juniors and the Victorian Speedway Council Junior Sedans supported on the programme by club classes Sports Sedans and the Standard Saloons to entertain fans in the Murrindindi Shire that have missed racing for more than twelve months due to the Covid pandemic.

This season the Junior Sedans have been having a lot of racing already whilst some of the other classes are just beginning to kick off in a short season. As a result of the Juniors having been in Mildura, the South West of Victoria, South Gippsland, Geelong, and Central Victoria already a good field is ready to go at Alexandra for the SSA Junior Sedan features.

Alexandra race drivers Dylan Barrow, Luke Cornfoot, Linken Paterson, Jayden Bryant whose won four times this season already, Jack Murphy from the Canberra Club, and Rhys Meakins are just some of the hard chargers in the Top Star line-up. Getting the first win at Alexandra each season is such a boost in a place month to month competition is tough.

New Star’s have over twenty nominations, a huge car count for their feature. Jacob Tinworth won last week in Geelong and cannot be looked past. However, Sharlotte McPherson won already this season, Jack Kershaw has been on a podium twice at Nyora, Maddy Capon has been on podiums also this season in tough fields and we could just have a new winner like Blake Glynn, Tamika Simpson, Fletcher Barron, Christine, or James Oliver.

The Victorian Speedway Council Junior Sedans have attracted some really strong drivers from other areas of Victoria to race the home club heroes. Bradin Claridge is the driver winning the most in the class so far this season, however Dylan Barrow, Marcus Maclean, Marty Bassett and Linken Paterson are all extremely fast in this class. Winning at Alexandra with this type of competition is a big boost for the rest of the season.

A smaller than usual field of Sports Sedan’s is entered however the field includes a list of race drivers that will be too hard to pick a winner from. Damien Miller a two-time champion of the class, Ricky Cornwall who just qualified pole position last week at Simpson, Steve Kershaw, Matthew Brooks who won at Wangaratta last Saturday night, Luke Fallon and Lee Beach are just some of the names to think about when it comes to looking at a winner.

Standard Saloons and a small field of Street Stocks will also have a run-on Saturday night, the Standard Saloons will see father, mother, and daughter line-up against each other in the same race as Aaron and Sarah Meakins race their daughter Courtney. Aaron Price will give his new car a squirt and Cory Horter and Jaimi Barber.

Racing starts from 4pm this Saturday, gates are open from Midday at a cost of $50 for a family of 2 adults and 3 children between the ages of 10 to 16, $20 per adult and $10 for children aged 10 to 16 and aged and invalid pensioners. Children under 10 years of age enter for free.