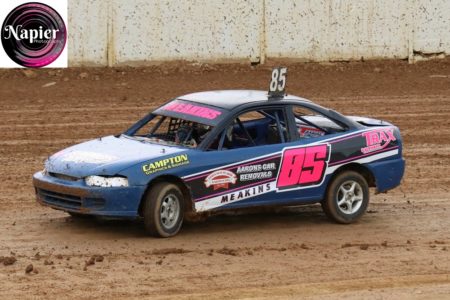 This Saturday night Alexandra Speedway returns with feature events for Junior Sedan competition for both the Victorian Council and the Speedway Sedans Victoria classes of Juniors, the combined entry list will see around sixty kids having an opportunity to compete. Several race drivers across the Juniors are competing in this weekend’s series rounds to consolidate in point scores as well as to have important track time on the host venue for upcoming Victorian Junior titles.

Support racing will come from the local heroes in Sports Sedans, Standard Saloons and the Street Stocks.

In Victorian Speedway Council Juniors, they will compete in a Victorian state series event with Dylan Barrow, Bradin Claridge, Dillon Taylor and Connor Donegan amongst the favourites in Sports Sedan cars, whilst competitors in Standard Saloon cars to keep an eye on dialing in for the upcoming Victorian title for themselves on this venue include Rhys Meakins, Kasey Ingram and Jack Yeomans.

The Speedway Sedans Victoria class will be split into two classes as per protocol for the Victorian Junior Sedan Promotional Association round, with Top Star and New Star racers competing together. Like the Standard Saloon Juniors, they will have their own Victorian title at the venue this season and that comes up in the next couple of months also.

Developing racers in the New Stars class of Juniors have more than twenty entrants in their racing. Racers to watch include Dylan Barrow, Bailey Rumler, River Paterson, Shaqkira Blake and Seth Sloane. Barrow has even won in Queensland this season and is a favourite here on Saturday.

In Sports Sedan racing Lee Beach who has been very hard to defeat this season leads a great entry list. Beach has the most feature wins at the track this season so far however Josh Service a track record holder so far has been equal to the task with a win also along with his records.

Service leads others such as Andrew Jordan who has entered with a new engine in his race car showing some promise last weekend at Rushworth, local favourite Luke Fallon, the very experienced Matt Nelson and young hard chargers Ricky Cornwall, Shane Kruger and the very fast Steve Kershaw are just some of the others in a terrific Sports Sedans field.

Standard Saloon and Street Stocks will dish up some great support racing of their own.

Racing starts from 4pm this Saturday, gates are open from Midday at a cost of $50 for a family of 2 adults and 3 children between the ages of 10 to 16, $20 per adult and $10 for children aged 10 to 16 and aged and invalid pensioners. Children under 10 years of age enter for free