Alex Kenny is bouncing back after his last round DNF

Alex Kenny is bouncing back after his last round DNF 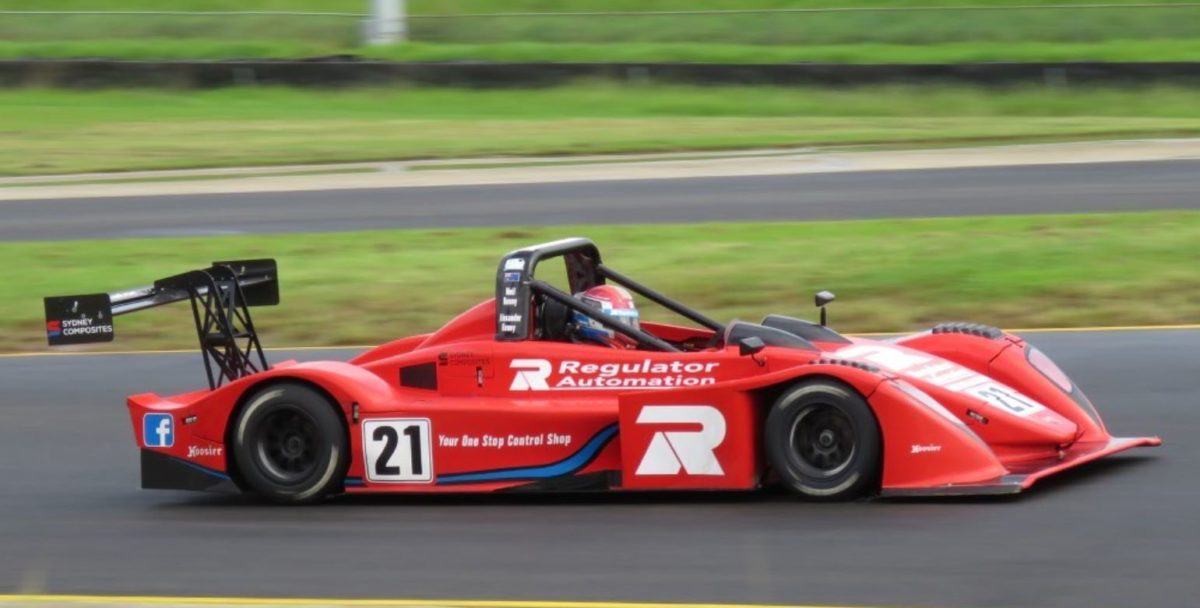 At Round 2 of the 2022 Industrie Clothing New South Wales Supersports Championship at Sydney Motorsport Park in early April, Alex Kenny, driving his Regulator Automation/Sydney Composites Juno CN2015, took out pole position by an unheard of 4.34 seconds in extreme wet conditions, then masterfully won Race 1 with a 5.2 second margin, and then won Race 2 with an even more unbelievable 19.6 second margin.
In the final Trophy Race 3 in treacherously wet and dark conditions, Alex was steering his rocketship Juno to another astronomical win, when on Lap 3 an electrical problem struck instantly, and left him with all lights out and rolling helplessly back into pit lane.
The normally outgoing Alex was left barely speechless as he and his team packed up his incredible Juno, and drove back to their Sydney base before Race 3 had even been completed.
It doesn’t get much tougher than that in motorsport!
Alex has bounced back though, and is putting everything into repeating his Round 2 performance at Round 3 of the 2022 Industrie Clothing New South Wales Supersports Championship which will take place at Sydney Motorsport Park on Saturday June 25, with racing going on into the evening under lights.
Alex said afterwards; “We are disappointed that we DNF’ed the last race, but we are excited, especially my dad (well known sports car racer, Greg Kenny- Ed) that we finally have the Juno sorted. We work our butts off and we are committed to Sports Car racing, and the variety is what makes this category so exciting, a bit like GT3.”

The doors to every Supersports team garage will be thrown open to allow anyone to get a close up look at the Le Mans style Supersports prototype racing cars, and to find how challenging they to race at speeds often faster than a V8 Supercar.