The affordable first step on the V8 pathway

The affordable first step on the V8 pathway 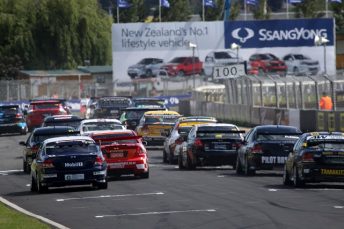 As young New Zealand drivers look for the next step of their racing career, increasing numbers are looking towards Class Two of the BNT NZ Touring Car Championship as a way to hone their V8 tin top skills.

Since the class was incorporated into the BNT NZ Touring Car Championship, a number of drivers have used the affordable racing platform to move their way into Class One of the Championship.

Brock Cooley and Sam Barry made the step into Class One last season, with two-time Class Two runner-up Brad Lathrope also due to make the transition into Class One this season. A number of other Class Two drivers have expressed interest in moving up to Class One of the category for this coming season.

The Class Two MSNZ National Championship has been a great entry point for those looking at developing a career in V8 saloon car racing both here in NZ and Australia.

“For young up and coming drivers or those just looking for the stepping stone into V8 racing at an affordable cost, the BNT NZ Touring Car Championship Class Two category is a great option,” says Category Manager, Gary Lathrope.

“The class is a logical step after drivers have competed in Toyota 86, Ssangyong Racing Series, Formula First and Formula Ford.”

The TL specification cars that run in the Class Two Category have been well proven over the past decade with many of the Falcon and Commodore V8’s being past Championship winning cars as driven by the likes of John McIntyre, Craig Baird, Kayne Scott, Angus Fogg, Andy Booth just to name a few.

Supercar star Scott McLaughlin campaigned a TL car in the 2011 NZV8 championship before moving onto start a successful Supercar career in Australia.

“With the introduction of the Class One SuperTourer and TLX cars the cost to competitively campaign and run a Class Two car has dramatically dropped from what it was in its heyday.”

“Realistically these cars can cost as little as $3000 to $5000 per round to run depending on your tyre purchases and with a six round Championship costing around $20,000 to $30,000 that makes it a very cost effective V8 category.”

There are a number of BNT NZ Touring Cars Class Two TL Specification cars currently for sale and considering there were over 60 TL cars built it makes sense that this class will continue to be a great and now affordable option for those wanting to get into a controlled competitive V8 MSNZ Championship Class.