Absolute Racing serviced teams head Down Under to Sydney

Absolute Racing serviced teams head Down Under to Sydney 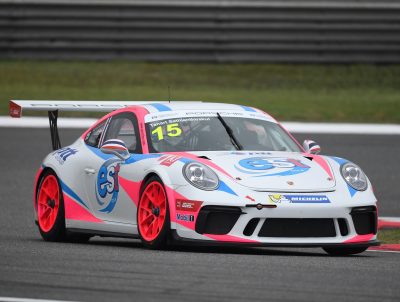 With three wins in five races, Philip Hamprecht is currently second in standings, far from being out of contention, 18 points adrift from the top. This will be the first time at Sydney Motorsport Park for the #99 Team StarChase driver who is aiming to collect the maximum available points to stay in the title hunt. On the other hand, Team StarChase heads the Porsche Dealer Trophy standings by a comfortable margin of 14 points.

#15 est cola PTT Tanart Sathienthirakul comes from his best result of the season in the streets of Bangsaen, hoping to replicate the Round 6 strong result in the venue that was known as Eastern Creek. The 25-year-old Thai is eager to battle again for top positions, eyeing the first podium finish of the year.

Maxime Jousse is back in the cockpit to drive again the #66 AAS Motorsport by Absolute Racing entry. Last time the Frenchman raced at Sydney Motorsport Park, he secured pole for both of the category’s first two races in Australia, finishing second in the first heat. Jousse will be searching for the third podium of the season or the first win. 2016 Carrera Cup Asia vice-champion finished second in the opening round at Shanghai and third in the first race in the streets of Bangsaen.

Daniel Lu Wenlong is equally determined to fight for his first podium in the series after a promising fourth-place finish at Fuji but his first Australian race will be a whole new challenge for the 16-year-old #59 Porsche China Junior Team driver. Lu rounded off the top-ten in Thailand, collecting important points for the championship, where he now lies in 11th.

It has been a debut season of ups and downs for the new Absolute Racing-run Porsche Shanghai Waigaoqiao & Pudong entry. 2016 Carrera Cup Asia Class B champion Yuan Bo has been one of the fastest Chinese drivers in the series in the past two years, and he is getting more familiar with the new Porsche 911 GT3 Cup spec every session. Sydney circuit brings him good memories, having finish second in the race for Carrera Challenge/Class B runners two years ago.

Entering the weekend, the battle for supremacy in the Pro-Am class will see Zheng Tong Auto’s Bao Jin Long, like the rest of the field, aiming again for top honours in the category. With two class wins so far, the Chinese driver lies third in the Pro-Am standings.

When Carrera Cup Asia visited Eastern Creek for the very first time, back in 2016, Absolute Racing’s Mitchell Gilbert emerged victorious twice, a result that the team hopes to repeat in this year’s event.

Team Director, Fabien Fior said, “Sydney is a challenging venue, and a great place to go race. Compared to Bangsaen, this is a completely different track and challenge. We are lining-up with potential overall race and class winners, and we definitely want to keep or possibly even improve our favourable championship situation. Everyone in the team knows that it is not going to be an easy weekend but we want to stay on top, and bring all our six drivers forward in the championship.”

This weekend’s event will see Carrera Cup Asia and Carrera Cup Australia running their own pair of standalone points races before coming together for two combined showcases. As an incentive to ensure that all cars take part, drivers will earn 10 points towards their respective championships in the combined races.

This will be the third time Australia and Asian Porsche racers will do battle following successful rounds at Sydney Motorsport Park in 2016 and at Malaysia’s Sepang International Circuit last year.