The Australian Auto Sport Alliance (AASA) is proud to welcome the return of circuit racing in Australia, sanctioning Round 4 of the MRA (Motor Racing Australia) Series to be held at Sydney Motorsport Park tomorrow.

The meeting will be the first circuit racing event held in Australia since the COVID-19-induced lockdown in early March. 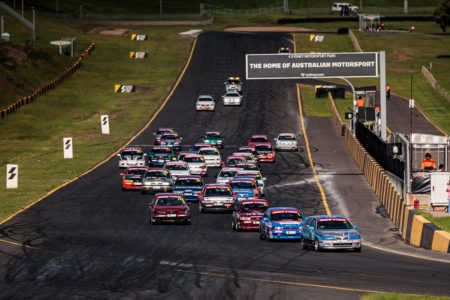 Pulsars, Super TT and MX5s/RX8s will hold a pair of half-hour races, Improved Production cars will compete in a trio of 15-minute sprints and Series X3 NSW will stage a one-hour endurance race with the option of one or two drivers.

With rigorous social distancing regulations still in place, some creative measures have been implemented to ensure the race meeting could go ahead and AASA Business Development Manager Stephen Whyte paid tribute to MRA organiser Terry Denovan for his innovative approach to the event.

“We’re very proud to be sanctioning the first circuit racing event in Australia for 13 weeks and we couldn’t have done it without Terry’s determination and ingenuity,” Mr Whyte said.

“Terry has had to work with various stakeholders including Sydney Motorsport Park circuit management and the MRA categories and competitors to pull this together.

“From an AASA perspective, we’re impressed with the procedures Terry has put in place to meet hygiene and social distancing requirements and we’re confident everyone will be able to race in a safe and healthy environment.”

COVID-safe processes include a strictly-enforced limit of one pit crew member per car and a rotating schedule in which categories are required to enter and exit the circuit at specific times during the day.

The event will also not be open to trackside spectators, however it will be live streamed by Blend Line TV.

CEO of the Benalla Auto Club Group (owners of the AASA) Chris Lewis-Williams said the entry numbers for this event demonstrate the eagerness among competitors to return to the race track.

“Terry has been a loyal customer of the AASA and a promoter who has had a lot of success running events with our sanctioning,” Mr Lewis-Williams said.

“While many of the entrants will have to make some compromises compared to their normal approach to going racing, the numbers he’s received this weekend are a clear indication they don’t mind the compromises.

“Of the five categories on the program tomorrow, the smallest field is 28 cars and two categories have delivered entry numbers over 40, which is a credit to Terry’s determination in organising this race meeting.

MRA Series Manager Terry Denovan says he’s thrilled to be the one who has facilitated the return of real-life motorsport in Australia.

“It’s been a massive challenge to put this event together with the constraints we’re working under, but the response from competitors has been overwhelmingly positive,” Denovan said.

“The number of entries we’ve received and the fact there are some very high-profile national level drivers competing in a grass-roots series like ours, shows just how enthusiastic everyone is about going racing again.”